Man, do I love prequels, even more than I love remakes! Telling a story once? Only seeing a tiny sliver of these characters lives? No, thank you. In my very expensive creative writing MFA program, we were always taught to show up late and leave early. I disagree with that wholeheartedly. Show up early, show up crazy early. Get yourself that good seat at the front of the line. So, Im wild about prequels. Show me how Vito Corleone got started in America. Let me see Kirk and Spock meet for the first time, or how James Bond became a Double-O agent. The only thing I feel nearly as strongly about is making other people money. Im a simple guy with few needs, I dont need much money. But if I can make someone else a boatload of money? Hell yeah. With that in mind, allow me to present ten outstanding movie prequels that will generate an insane amount of revenue. Hollywood, if youre out there, all I ask in exchange for these diamonds is a mention in the Thanks part of the end credits, should you make these movies. Special Thanks section would be nice, but isnt necessary.

10. Furya - A Prequel For The Riddick Trilogy 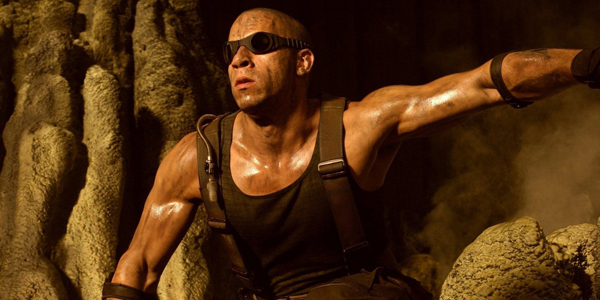 A surprise hit, a well told story, the birth of a movie star. Pitch Black was a great example of how you could do a lot with a little if you had a solid concept to stand upon. Then Vin Diesel and crew kept running with it, making video games, animations, and a sequel with a budget five times as big as the original. And yet, somehow, theres never been a prequel film. The new installment of this saga is on its way soon. After that, I think they should jump back to the very beginning with a movie entitled FURYA. The tragic circumstances of Riddicks childhood, the road that led to the man he became. This movie would be huge.
Contributor
Christopher Tucker

Based in Chicago, Christopher Tucker does what he can to bring a little fun into the world through writing, videos and board games. More of his machinations can be discovered over at Tuckertronik.com. He feels confident that the entirety of his life will be broken into two segments: prior to the finale of Breaking Bad and post Breaking Bad.

Spider-Man: 10 Dumbest Ideas Sony Had For The Franchise Before Teaming With Marvel

10 Characters That Could Make Up The MCU's Thunderbolts

10 Things Nobody Wants Admit About The Amazing Spider-Man Films

31 Horror Movies To Watch This October

You'll Never Get 100% On This Terminator: Dark Fate Quiz New