When it comes to movies, everyone's got their own ideas, their own theories on the truth that the rest of us have been missing. The Internet is rife with fan speculation about a particular plot point or character, and though many of these are promptly shot down by a brigade of fanboys, some of them manage to penetrate through, due to their well thought-out approach, and often scary level of believability. As such, it's easy to believe that these 10 theories, though utterly mind-blowing in their construction, are absolutely somewhat close to a truth that has entered the mind of the movie's writer or director at some point. They may require a little suspension of disbelief, but it's easy to imagine these set-ups working perfectly within the movies. Here are 10 insane movie theories...that if you search your feelings, are clearly true...

10. The Joker Was A War Veteran - The Dark Knight 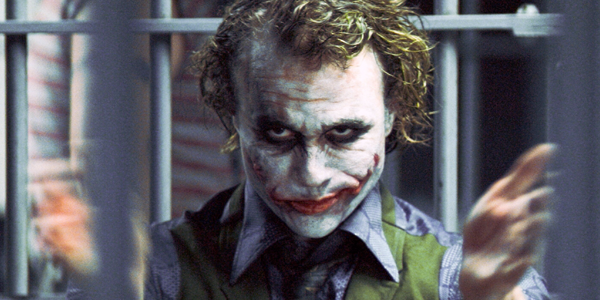 A widely-circulated fan theory around sites like Reddit is that The Joker is, in fact, a war veteran, and this one holds a lot of water for two reasons: a) The Joker's frequent utterance of the phrase, "You wanna know how I got these scars?", while never actually divulging a single, definite explanation. b) Remember when he visits Harvey Dent in hospital in the second half of the movie, and says, "A truckload of soldiers will be blown up, nobody panics because it's all part of the plan."? So, The Joker was a regular soldier in a convoy, probably in Iraq, when his truck was blown up, probably killing most of his fellow men. This not only scarred his face severely, but caused him to become deranged and want to fight back against the government and, well, basically any semblance of authority or order, whether good or bad. It would also explain his familiarity with the rifle he fires during Mayor Garcia's inauguration - his military background.
Contributor
Shaun Munro
Contributor
Twitter