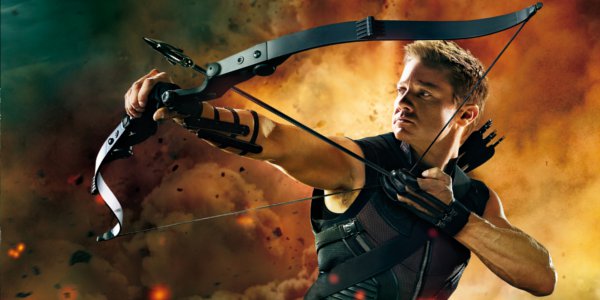 I recently wrote an article outlining my picks for the most disappointing movie villains of all time - those bad guys who didn't quite live up to what we imagined in our heads. This got me thinking about the opposite end of the spectrum: what about the heroes? It's strange, but movie heroes rarely seem to disappoint us because - unless it goes really, really wrong - it's actually fairly difficult to do. We're better inclined as movie-goers to accept a boring or average hero, presumably because a good villain can really make up for a lack of personality in a hero. That's not to say that heroes shouldn't have personalities, of course - I simply mean that we're more forgiving of a mediocre protagonist if there are other interesting elements hanging around them. That's to say, good secondary characters and a memorable villain can distract us away from the fact that our hero is Harry Potter. Sorry, Harry - I had to pull an example out from somewhere. Still, that's no excuse: not when we have heroes as charismatic and iconic as Indiana Jones, Tony Stark, and Rick Blaine. Real heroes with depth and personality. With all that in mind, here are my picks for the 10 most disappointing heroes to have found themselves on the big screen. Be it because the wrong actors were cast in iconic roles, or because famous characters emerged far more bland and forgettable than we could ever have imagined, each and every one of these heroes failed to make an impact on the big screen in all the ways that we sincerely hoped they would. As with the previous list, try to remember that these aren't picks for the worst movie heroes, but just the disappointing ones... Please Note: I've tried to make this least relative, so I haven't included a character like Daredevil because nobody was really disappointed when Ben Affleck messed up that character in the applicable way - what did we expect from Ben Affleck back then, anyway? It was hardly surprising. Instead, I've picked heroes who we all likely assumed would rock, only for them to genuinely and actually disappoint us come movie time.
Contributor
T.J. Barnard