The 1980s were pretty much the Golden Age of teen cinema, as far as I'm concerned. They were able to perfectly capture all of our hormonal angst and package it in a way that still holds up to repeated viewings decades later. But for some reason, I always hear the same few movies mentioned over and over again. Pretty in Pink. Say Anything. The Breakfast Club. St Elmos Fire. Sixteen Candles. Those films are great and all, but there's so many other movies from that period that are deserving of our attention. The movies on this list might not be the most obscure films of the 80s, but they're ones that I feel have been given the proverbial shaft in terms of widespread recognition. Some are better known than others, but they're all awesome films that have earned the right to have their names mentioned alongside the greats. 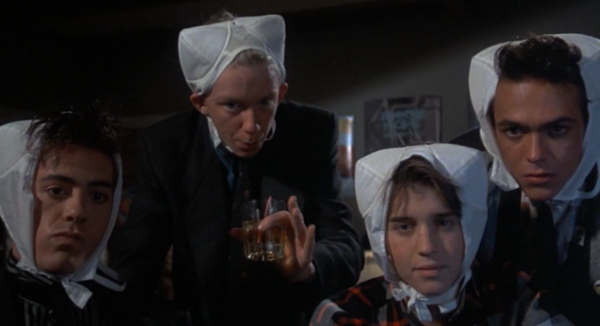 There's no other way to say this: Weird Science is a ridiculously goofy movie. You've got two nerds who are picked on by pretty much everyone, including Chet, the older brother from hell, played by Bill Paxton of all people. Then one dark and stormy night, they decide to use their super special computer skills to create the perfect woman. But it only works if they both have bras on their heads. You know...for science. So anyway, enter Kelly LeBrock. Pretty much one of the hottest women who has ever lived. She takes the boys through a crash course in not being gigantic losers, and helps them get a little self-confidence so that their lives don't suck quite so much. Anthony Michael Hall in this movie is about ten seconds away from doing that weird thing where he gained like 40 pounds of muscle and stopped being a nerd, so enjoy it while it lasts.
Contributor
Audrey Fox
Contributor
Twitter

Harry Potter Quiz: Can You Name The Villain?