Warner Bros.There are plenty of elements that can result in the creation of a memorable movie character; whether it be a catchphrase, an accent, a costume, personality tics or just a damn good acting performance. In a visual medium that places such emphasis on the position of the actors within the frame, appearance is often everything. Sometimes, a great actor can be overshadowed by a bad hairdo. With than in mind, this article will look at ten movie characters with ridiculous haircuts, whether it was intentional or not. Some of them manage to serve the character, others are ultimately distracting and there are even a few that are just plain stupid. The common thread is that the styling department have made some questionable decisions when it comes to these luxurious locks. 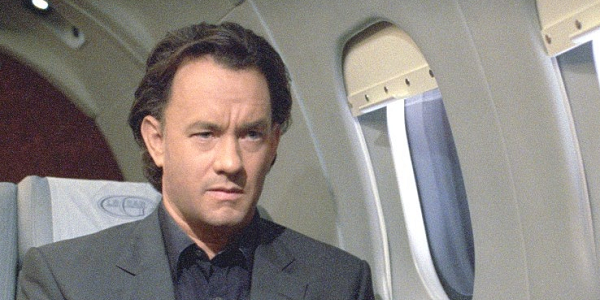 Columbia PicturesDan Brown's insanely popular novel spawned an equally successful big-screen adaptation, with The Da Vinci Code grossing over $758m at the box office. The movie itself is an overlong and thoroughly tedious literary adaptation, and it speaks volumes about the quality of the final product that the most entertaining thing about it is the glorious mullet sported by Tom Hanks' Robert Langdon. Normally seen onscreen sporting short hair, Hanks decided the most viable option for his portrayal of the world-weary and scholarly symbologist was an unkempt, greasy hairdo that flopped uncontrollably around his head. Incredibly, the actor put a lot of effort into deciding on the character's hairstyle, toying with the idea of a wig and going so far as to work with a stylist to create the follicle embodiment of a mid-life crisis. Hanks even quipped on a promotional visit to Japan that the style was influenced by then-President Junichiro Koizumi, and the resemblance is certainly uncanny.
Contributor
Scott Campbell

10 Movies That Had Much Better Endings They Didn't Use New