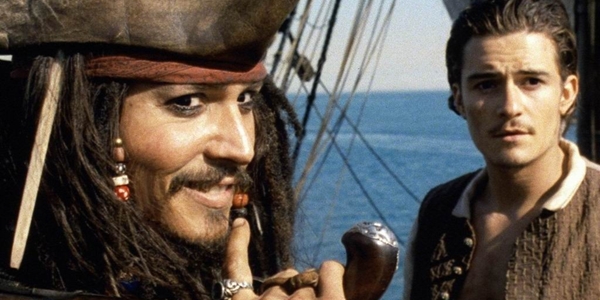 Sequels come as a bitter pill. You may be eager to see the characters and the world you loved in the first instalment again in a new scenario, but nowadays, with every marginal box office success getting the treatment, you may be more likely to roll your eyes, knowing it will not reach the heights of the original. This feeling is compounded with more instalments; you know a fifth instalment will try so hard to make up for previous mistakes or match the brilliance of the early parts. Some series manage to keep themselves consistently fresh by moving with the times  most notably James Bond  however these are in the minority. Instead, most rely on riding the popularity the franchise has somehow accumulated, hoping the resulting mess wont hamper the films overall gross. Its depressing to see your favourite film series stretched out for as long as possible, witnessing something once great become middling and average or even worst, tired and boring. Here, we present ten examples of current franchises that have outstayed their welcome, becoming so distant from what they originally are or simply losing the spark that made us first love them. When compiling the list, there were two key rules I followed. Firstly, the franchise must be current, so the frustration with their continuation is tangible; theres no Jurassic Park, Shrek, Indy or Jaws on this list. Secondly, even if the franchise has gone on for a long time, it must have reached the point where ending it would be the smartest move, so both Bourne (which has a clear future after Legacy) and Planet of the Apes (currently going through a great reboot) aren't present. So sit back and see just how wrong some of your favourite series have gone.

After two very unfortunate run-ins with Joel Schumacher, the Batman franchise looked dead and buried. Eschewing the suitably gothic aesthetic of Tim Burtons entries and replacing it with a neon campness, both films did terrible with critics, with Batman and Robin viewed as one of the worst blockbusters of all time. Had this list been written ten years ago, Batman would quite likely have made the top spot. Enter Christopher Nolan. Not being a fan of the comic books, he approached the series with a level head, freely taking from the source material while not succumbing to fan service. Over two billion dollars in box office later and its safe to say he completely reinvigorated the franchise. What Batman shows is that even if a franchise has been completely destroyed and left for dead, it is possible it could come back strong. There's plenty of ways Batman can return to the silver screen, with a Justice League movie green-lit and multiple routes to continue the series (either stay in Nolans universe with a Joseph Gordon-Levitt led adventure or wipe the slate clean and play up the gothic nature of the comics). Now, even though Bruce Waynes Batman is figuratively dead, things have never looked brighter for the franchise. So even if it looks like a franchise is on its last legs, there is always hope.
Contributor
Alex Leadbeater
Contributor
Twitter

10 Movie Scenes Even More Impressive When You Know The Truth

The True History Of Movie Spoilers