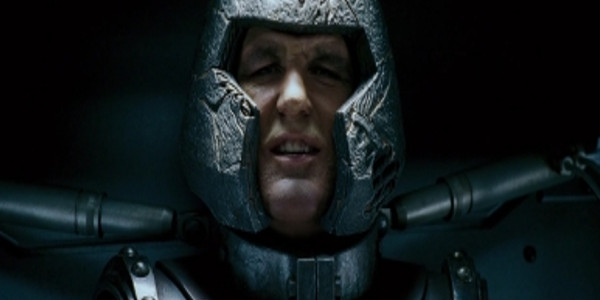 The dialogue *Whilst still inside his restraints in a transporter truck* Cain Marko: "You gonna let me outta here? I need to pee." Why was it unexpected or out of place? Cain Marko - also known as the Juggernaut - is supposed to be an unstoppable, brutal and enormously powerful wrecking machine with unrivalled physical strength and complete invulnerability to physical assaults. Casting Vinnie Jones in the first instance was already a sure-fire way of making him in to a joke as a live action portrayal of the supposedly formidable villain, but giving him opening dialogue like this was the nail in the coffin. It immediately set him up as a laughing stock and it didn't help matters that he went on to show himself to be a dumb-as-a-brick idiot.
Contributor
K.J. Stewart
Contributor
Twitter

10 Actors Who Hated Their Own Movie Characters

10 Movies Too Bloated For Their Own Good

What Tim Burton’s Batman Forever Would Have Looked Like

10 Great Movies Starring The Cast Of Buffy The Vampire Slayer

10 Original Endings That Would Have Ruined Famous Movies