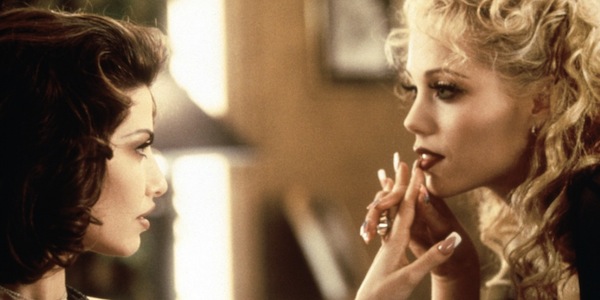 There are two types of bad movie; there are those with lackluster scripts, nonsensical plots and ho-hum acting and then there are the ones with awful jokes, over the top performances and laughable special effects. The first type will make you want the two hours of your life back, but the second will make you go back for more. Youll rewatch again and again in hope of catching another extra overacting or a bit of the set falling apart. This list could revolve entirely around horror sequels but Im fairly sure Shark Attack 3: Megalodon was never going to be a classic despite the brilliant acting by John Barrowman.

Neil LaButes unnecessary remake of the 1973 Christopher Lee classic delivers the most OTT performance of Nicole Cages career (and that is a big title to hold,) but it isn't just a tour de force of awfulness from Cage that qualifies it here. There's just so many classic brain numbingly delusional moments to choose from here. Among them is the fun little subplot with a flirty Lee Sobieski, which involves Nic kicking her into a wall and the infinitely meme worthy not the beeees! line. Other head scratching plot points include a bear suit, the detective looking for a missing girl suspecting a dripping bag of blood is a dead shark and SPOILER our Nic being burned alive by the daughter he was tricked into conceiving years before. Even Ed Wood would have told Cage to calm down on the mumbling and the full throttle screaming, especially as they interchange at the weirdest moments, as if the actor hadnt actually read the script, or was being guided by the worst director in the history of directing. The whole film is a joke without a punch line.
Contributor
Amelia Harvey
Contributor
Twitter

10 Movie Scenes That Live Rent Free In Your Head