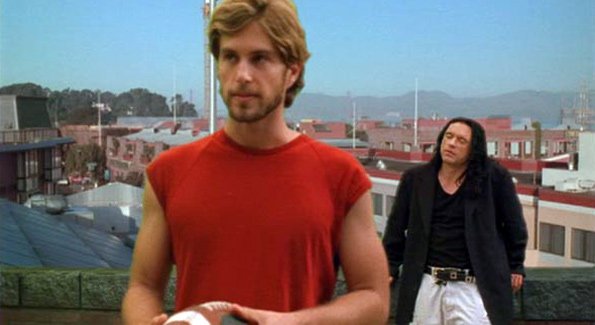 This melodramatic "gem" of a film could easily be mistaken for a spoof with its unintentionally hilarious stilted conversations and unneeded nudity from writer/director/star Tommy Wiseau. It's full of gold: theres a 13 year old who looks mid-20s; theres the weirdest reaction to a cancer announcement; there is a scene of Mark sat on the roof just thinking and then there's a multitude of "plot-points" that are just dropped like hot coals. And that's all framed by a ridiculous amount of cut aways to San Francisco landscape and editing more suited to the level of a particularly poor TV movie. This is all delivered in Tommys freak show with an Eastern European accent style, like the film is sponsored by the Eurovision song contest. Let's be honest here, every section of the movie is wrong but its like watching a car crash, in that it's remarkably difficult to take your eyes off the mangled wreckage.
Contributor
Amelia Harvey
Contributor
Twitter

10 Best Times A Movie Character Returned From The Dead