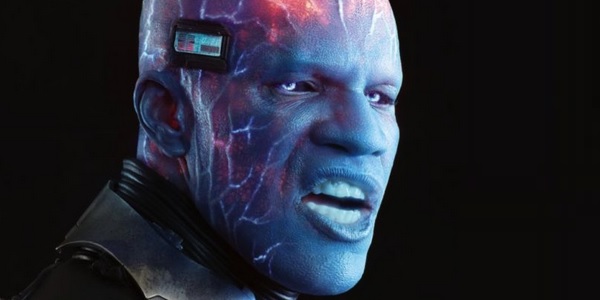 The slate for comic book movies over the next year or so seems more jam-packed with exciting prospects than ever before. Whether it's hugely-anticipated sequels to smash-hit comic book flicks or something a little newer - yet no less exciting - the landscape of summer blockbusters over the next 12 months should be a blast to say the least. Of course, for every fully-fleshed out, brilliantly realised superhero, there needs to be a terrifying, awe-inspiring villain without which all that kick-ass heroism wouldn't be possible. Some of these are damn-near guaranteed to be successful, and others are a little more dubious from what we've seen so far, but the consistent factor is intrigue; if these 10 villains are properly executed, they will be awesome, and if not, then they're probably going to suck rather memorably. Here are 10 upcoming comic book villains we can't wait to see...

The follow-up to Matthew Vaughn's superb adaptation of Mark Millar's graphic novel series looks set to take the battiness of the first film and turn it up to 11, taking the considerably zanier, more grotesquely violent tone of Millar's second novel series and unleashing it upon audiences this summer. If the cast of heroes is pretty well-stocked, with Jim Carrey joining Kick-Ass (Aaron Taylor-Johnson) and Hit-Girl (Chloe Moretz) as Colonel Stars and Stripes, then the film certainly needs to make of Red Mist (Christopher Mintz-Plasse) a suitably unhinged villain. Decked out in something resembling a gimp suit and renaming himself "The Mother F***er", he wants to avenge his father's death at Kick-Ass' hands, and enlists a gang of his own super-villains to even the odds a little. Given how Mintz-Plasse has struggled to get out of his McLovin rut, this could be the role that demonstrates his acting range, and all he has to do is be as crazy as possible.
Contributor
Shaun Munro
Contributor
Twitter

10 TV Shows That Mocked Their Rivals

10 Movies Disowned By Their Screenwriters

10 Most Drastic Character Transformations Between Movies

10 Most Immersive Movies Ever