Everybody loves a good villain, just like the girls all love the bad boy. They play by no one's rules but their own and their charismatic rogue charm is always irresistible. A villain can come in many forms: tragic, like Travis Bickle, the psychopath like Hannibal Lecter, the criminal where villainy is merely business like Michael Corleone and then there is the guy that is evil to the core like Alex DeLarge. Villains come in all shapes and sizes, some aren't even human, some aren't even seen on screen but that does not deflate their presence. The criteria for a villain is rather simple: things like murder, rape, plans to take over the world, manipulation, organised crime and general thuggery are all bad things and even if the character is sympathetic or belives they are righteous, that does not stop them from being a villain. Often the greatest villains are those you sympathise with and whether it's Jack Torrance in The Shining or Travis Bickle in Taxi Driver, no matter how bad they get, it's hard not to feel for them on some level. Villains often attain a disturbing amount of popularity as many of the characters on this list have homes on the bedroom walls of millions of teenagers which proves as well as anything that villains are the most loved and memorable characters in cinema.

Man killed Bambi's mom for his cold-blooded and cruel needs and in the process destroyed our childhood innocence with our first glimpse of death and loss. The hunter that slays Bambi's mom never appears on screen but that doesn't decrease his effect and hold over the movie - in fact it makes him seem all the more evil as no context or sympathetic backstory are given. He could be the nicest man in the world but he killed Bambi's mom and as a result will always be hated. You can do a lot in cinema and still be seen as sympathetic, but never kill an animal. 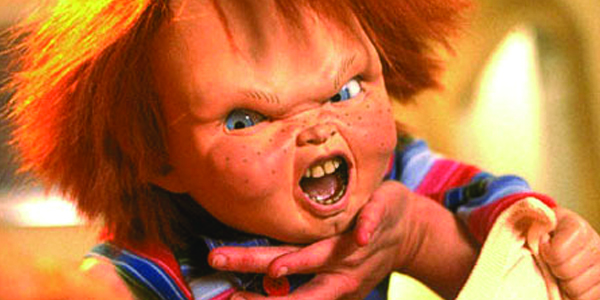 Played By: Brad Dourif There have been a million inanimate objects possessed in the history of horror fiction but none more horrifying than the Good Guy doll that plays host to serial killer Charles Lee Ray. Chucky is purely nasty and it still feels surreal seeing a children's toy do such things and all the time he maintains that hideous glare in his scary eyes. Everything from his look to his voice is spine chilling and before the doll is possessed it still looks like the creation of the Devil.

Played By: Jacki Weaver The motherly matriarch of the Pope family is never seen carrying out explicitly dastardly deeds but it is clear that she is the evil and manipulative mastermind in charge of the family business. Son, Pope is the one seen carrying out the acts and running around out of control but she is the calculated monster who orders death with a smile on her face. She makes no deal unless it serves a greater purpose to herself and whilst the rest of the family is imploding, she stays level-headed working out her future and how to come out the other side unscathed. She is as cold as ice and isn't afraid to kill blood if they pose a threat to her throne.
Contributor
WhatCulture
Contributor
Twitter

Spider-Man: 10 Dumbest Ideas Sony Had For The Franchise Before Teaming With Marvel

You'll Never Get 100% On This Terminator: Dark Fate Quiz New

10 Characters That Could Make Up The MCU's Thunderbolts

10 Things Nobody Wants Admit About The Amazing Spider-Man Films