Some movies sound absolutely terrible when you look at them on paper. So terrible, in fact, that it's hard to believe that a human person actually decided to put money into realising them as fully-fledged feature films - what were those maniacs thinking? Occasionally, though, an idea that sounds like a bonafide disaster in writing actually turns out to be something far more dignified and respectable than we all probably thought possible. Be it because the filmmakers associated with these movies were smart enough to embrace the ridiculous nature of their concepts, or because the idea was actually far smarter than we gave it credit for to begin with, here are 11 movies that probably should have really sucked based on their premises, but somehow turned out to be kind of awesome 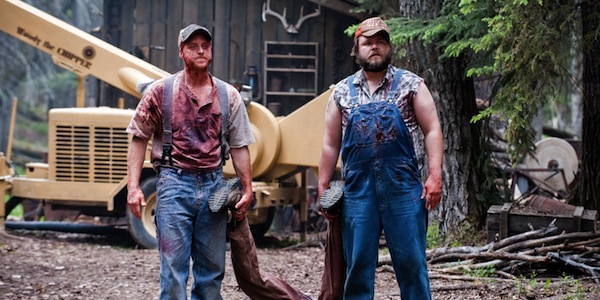 There's an unwritten rule denoting that any movie with the word "vs" in its title should suck by default, but here's a relatively obscure horror/comedy gem that came out of nowhere and charmed the pants off of all who saw it. The premise behind Tucker and Dale vs. Evil is relatively "one note" - two "hillbilly" types, resembling classic horror villains, are actually nice guys, but due to their appearance and a few unlucky coincidences, a group of archetypical teens become convinced that the pair are out to murder them, and - as a result - end up killing themselves by accident in gruesome ways. This could have easily failed at the first hurdle, and although the joke does begin to wear thin at the 1-hour mark, the warm tone, some great gory moments, and a genuinely funny script marks Tucker and Dale vs. Evil down as one of the best meta-horror experiences of recent times.
Contributor
T.J. Barnard

10 Movies That Deserved To Become Cult Classics (But Didn't) New

10 Movie Posters That Spoiled EVERYTHING

Batman Movies Quiz: Can You Name All These Characters?

8 Horror Movies So Awful They Were Pulled From The Cinema