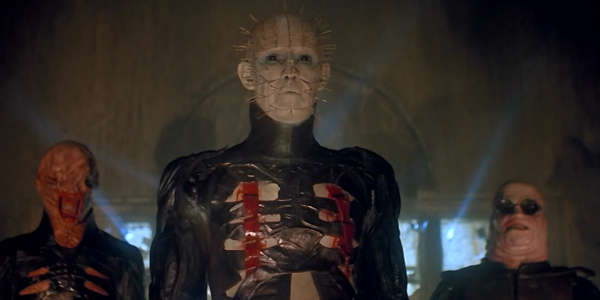 Ah, religion. Along with politics and The Phantom Menace, this is one of the subjects most likely to be at the centre of yet another unproductive argument on the internet. As one of those Satanic queer atheists it's pretty much my job to be the Devil's advocate from time to time: on the night of the full moon, cider in one claw and keyboard in the other, we take to the internet en masse to disagree with the majority of the messages in Abrahamic texts and argue that, yes, on balance we were probably right to defy God and eagerly devour that forbidden fruit of knowledge. It's a cursed existence we lead, but worth it for the truly vast number of naked moonlit cocktail parties we get invited to. Hell might be a socially questionable ally for anyone who isn't a death metal icon but that shouldn't mean it's off-limits to explore. What perspectives and delights does the Kingdom of the Damned have to offer to mortals like us?

13. The Curse Of The Werewolf

"But an unwanted child to be born then is an insult to Heaven, Señor, that's what I was taught."

Hammer Horror is one of the best places you could turn to for classic horror films, but The Curse of the Werewolf remains their first and only attempt at anything involving these fearsome beasts. True to form, this story starts with dramatic roots: a male beggar, driven to insanity after fifteen years of imprisonment, rapes a mute servant girl who has also been locked away by a sadistic marquess. He dies shortly afterwards, while the servant murders the cruel noble and flees to safety in the countryside. She dies after giving birth to a boy on Christmas day. You'd think a deity praised by millions would decide to take pity on the poor child after such appalling events, but no, instead God goes for a Daily Mail-esque overreaction to the sexual scandal and punishes the resulting child with the curse of lycanthropy. While the local priest offers an effective method of suppressing the curse through love and affection, wouldn't it have been far kinder for said deity to restrain his anger than blight a person's life with such a violent curse in the first place?
Contributor
Emily Band
Contributor
Twitter

New Report On Becky Lynch's Role In A Marvel Movie