No matter how great a film might be, all of that fine work can be completely undone in the final moments, as filmmakers must decide the most appropriate and dramatically resonant way to bring their story to a close. Writers and directors screw this up all the time, and then sometimes, they go the extra mile and flat-out troll viewers, delivering a provocative ending deliberately intended to infuriate, mystify and have you talking about it for weeks after. These 13 movies, a mixture of terrible, good and brilliant projects, have all baffled audiences ever since they first hit screens, both for better and for worse. We've got relentlessly bleak endings which flew in the face of the expected Hollywood climax, endings that just didn't know when to say "enough", endings blatantly trying to shock for the sake of it, and one ending that left us on the verge of a nervous breakdown. If you try and talk about any one of these films, it's not long before the ending will be thrown into the discussion, and you'll have a big, messy can of worms on your hands. Whatever the reason, these films totally trolled us, and we can't help but imagine each director laughing to themselves as they learned of the perplexed reaction from cinema-goers. What do you make of these absurd endings? Did we miss any of your favourite mind-bogglers? Let us know in the comments! 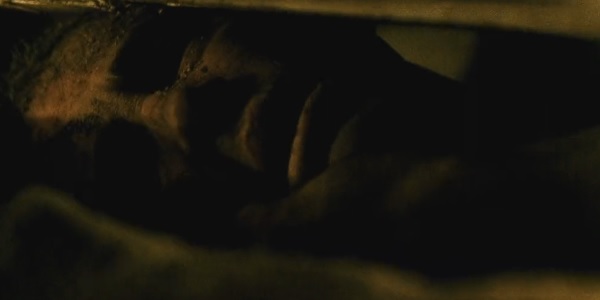 The Ending: Contractor Paul Conroy (Ryan Reynolds), who wakes up at the start of the movie buried inside a box in Iraq, has pretty much lost hope when his State Department contact Dan Brenner (Robert Paterson) tells him that they're digging in the area to try and rescue him. Due to bombing in the vicinity, the coffin begins filling with dirt just as soldiers start trying to break it open, but alas, it turns out they've actually been led to the coffin of another already dead American who had been kidnapped. All Paul can do is sit tight as the coffin fills to the brim, while Brenner profusely apologises, and the movie cuts to black. How It Trolled Audiences: No matter how dire Paul's situation got, we never expected anything less than him being rescued at the end: after all, it's got Ryan Reynolds starring in it! What's more, the brilliant switcharoo ending, which also serves as a sharp critique of the U.S. government, kept our hopes up right to the final 30 seconds, when the rug is pulled out from under us and we're forced to sit in shock as Paul is left to painfully suffocate.
Contributor
Jack Pooley
Contributor
Twitter

20 Most Perfect Scenes In Cinema History

10 Shocking Movies That Will Scar You For Life

10 Movie Franchises That Destroyed Themselves With ONE Decision

10 Actors You Forgot Were In HUGE Movies

7 Famous Movie Scenes That Only Existed To Save Money