12. The Never-Ending Story - The Lord Of The Rings: Return Of The King 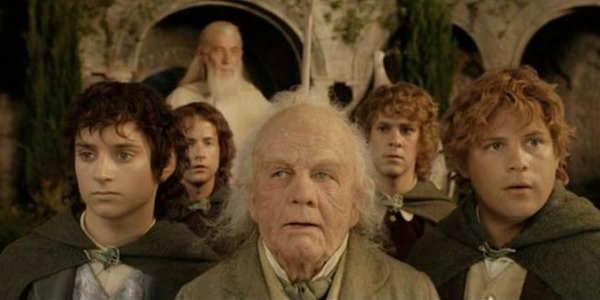 The Ending: The Ring is destroyed, Sauron is powerless and the war is over. Then Aragorn gets crowned, then we go to the Shire, and so on, and so on, and so on. How It Trolled Audiences: It's too freaking long. The lengthy epilogue of Peter Jackson's immense trilogy has been labelled a "false ending" due to the fact that Jackson bizarrely edited a number of the climactic scenes in such a way that it appeared as though the movie was ending. If you remember seeing Return of the King in the cinema, you'll probably have noticed other patrons standing to get up numerous times, only to have to sit back down when the scene changed. This phenomenon is well-documented online, and we can only imagine Peter Jackson snickering to himself if he ever attended a public screening of the movie. It's far from an outright bad ending, and all the character work is really quite crucial, but for making us think the movie was finally over so many times when our bladder was about ready to explode, Jackson was definitely trolling us.
Contributor
Jack Pooley
Contributor
Twitter

10 People Who Won An Oscar For Their First Ever Film