19. A Nightmare On Elm Street 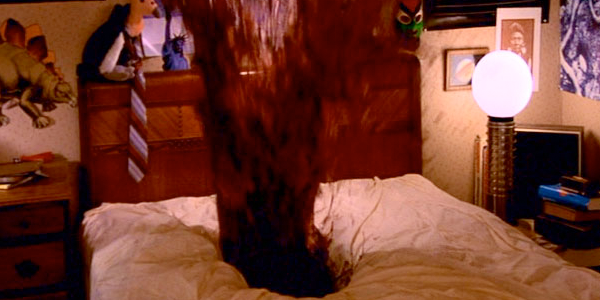 New Line CinemaThe 1980s - decade of the video nasty - was a defining era for the horror genre, and few films were quite so iconic as Wes Craven's horror masterpiece A Nightmare On Elm Street, in which child killer Freddy Krueger returns from the dead to hunt down teenagers in their dreams. A Nightmare On Elm Street was one of those movies which we all watched as kids equally afraid of getting caught by our parents as we were of Freddy paying us a visit in our dreams at night. Blurring the distinction between dreams and reality, Krueger became a manifestation of all that we feared in our nightmares, while some of the set pieces - particularly the scene in which Tina Grey is dragged bloodied and screaming up the walls and across the ceiling by an invisible assailant - gave us countless sleepless nights. Watching the original again in light of the recent remake only serves to remind us how much better horror movies used to be - as the saying goes, "They don't make them like they used to!"
Contributor
Andrew Dilks
Contributor
Twitter