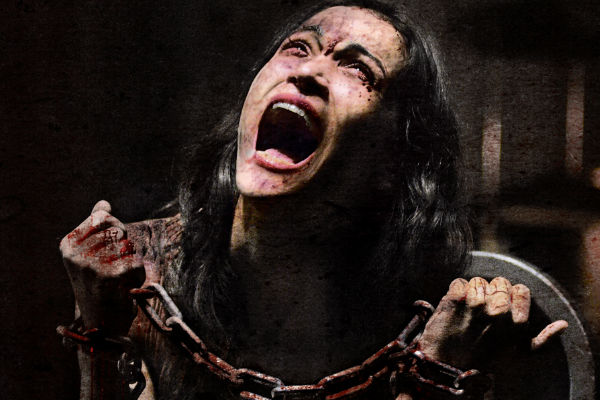 Whenever someone compiles a list of The Scariest Films Of All Time, they always mention the same movies: Psycho, Jaws, The Shining, The Evil Dead, A Nightmare On Elm Street, The Ring, Insidious etc. There is, as we all know, no best of anything, but if these lists are to have a purpose, it should be to introduce readers to a broader variety of films rather than echo the opinions of others. So lets assume youve seen those films and move on, okay? A good horror movie doesnt want to reassure the viewer but sneak up on them unawares and scare the bejesus out of them, to unsettle them by giving some kind of insight into the things that lurk in the darkness. One of the most unsettling moments of the last 20 years occurs not in a horror film but in Todd Solondzs Happiness (1998), when kindly neighbour Bill Maplewood (Dylan Baker) allows his sons friend to sleep over so he can drug the boy and abuse him. Which kind of knocks Insidious and Paranormal Activity into a cocked hat, dont you think? Each of the following films was chosen for their ability to unsettle an audience. You might care for them, you might not, but you wont come out of them thinking, Meh, what else is on?

Deranged is another movie based on real-life killer Ed Gein, The Wisconsin Ghoul, whose dietary habits (and mummified mother) also inspired Psycho and The Texas Chainsaw Massacre. Jeff Gillen and Alan Ormsbys film differs by adhering more closely to the facts and presenting the narrative in a matter-of-fact style, even having a TV reporter address the viewer directly in certain scenes. In the lead role (which Christopher Walken reportedly auditioned for), Roberts Blossom (the crazy old man in Christine) does a fine job as Ezra Cobb, who digs up the corpse of his mother (Ma Cobb  macabre, get it?), learns about taxidermy and starts robbing graves when he requires new materials. Hes also a dab hand at making furniture out of human bones, and in one sequence displays his wares to a kidnapped girl. Just tryin to show ya I got talent! he tells her.
Contributor
Ian Watson

Ian Watson is the author of 'Midnight Movie Madness', a 600+ page guide to "bad" movies from 'Reefer Madness' to 'Poultrygeist: Night of the Chicken Dead.'

10 Movie Villains Who Totally Got Away With It

25 Best Vampire Movies Ever Made

10 Brilliant Movies That Surprised Everyone