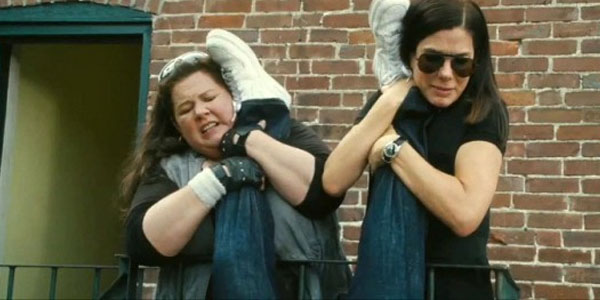 By this point, you should know that Paul Feig's The Heat was a box office success for its opening weekend, raking in $39.1 million, only just behind Monster's University, which is in its second week. This is a triumph not just for Feig or his leading ladies, Sandra Bullock and Melissa McCarthy, but for the female representation in cinema as of late. The LA Times recently released an article titled, "Where have all the women gone in movies?", an in-depth look at how female representation in movies has gotten progressively worse in the past five years. At this point, on the week of July 4th, 2013, this is the only female driven movie in the race against Man of Steel, Fast And Furious 6, This Is The End, and World War Z in major movie cinemas. While there are ensemble pieces such as The Bling Ring and Much Ado About Nothing that do have important female roles, women in blockbuster films right now are currently placed into very limited characters. Most of which involve being the love interest or the necessary "action girl" to fill out the testosterone heavy cast. This is an embarrassing time for women in film. However The Heat represents a positive step, just as Bridesmaids did in 2011. The success and a fresh 61% on Rotten Tomatoes should be seen as an important progression and indication of change for the three major components that The Heat needs to represent: The Female Actresses, The Female Writers, and The Female Audience. Let's take a look at each of these points;
Contributor
Riley Sailer
Contributor
Twitter

Writer from day one, movie fanatic from day two, addicted to Coca-Cola from day three. I'm always up for discussions on anything regarding TV, movies, comics, video games, and what have you. Follow me on Twitter @RileyAnonymity or on Google+!