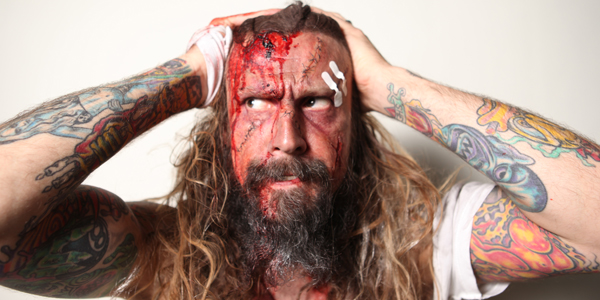 Rob Zombie is a man that has inspired millions to avoid his very name and millions of others to not just listen to his albums, but head to the multiplex for a little taste as well. The man sports long hair, weird clothes and looks like he hasn't showered in a week. Throw in the fact that his filmography is filled with violent, bloody and dark horror films and it's hard to really know what to make of the guy. His music has managed to find major success and his films are no different. He remade two Halloween films which garnered mainstream success and gained a cult following with horror fans with his first two films (House of 1,000 Corpses and The Devil's Rejects). He'll next be gambling with another low budget, dark film for audiences to feast on: The Lords of Salem. Perhaps he has transcended normal criticism to a level that few can appreciate. I'm sure many followers of his music would have others believe so, but let's take a look at Rob Zombie the director and why exactly he's so damn genius.

4. He Stood Up To That Damn Horatio Crane

Many may be unaware of the fact that Rob Zombie once took a break from film to direct an episode of CSI: Miami. Yes, that CSI: Miami. The one where David Caruso mumbles his lines and removes his glasses a whole bunch. He brought along many Zombie regulars and apparently had been a fan of the show. The episode is actually really good besides the fact that David Caruso is in it and it's CSI. Anyway, the episode is not what makes Zombie a genius. What makes him a genius is the fact that this guy then went on to tell the world about his CSI exploits. On Fox News' Red Eye, Zombie revealed his misery during the shooting of CSI. He told the world that Caruso was basically a talentless blob that preferred the act of doing nothing to acting. He even told about how him and Malcolm McDowell chose to annoy the crap out of Caruso as opposed to bowing down to the man. Check the interview out. It's genius.
Contributor
Jon Manson
Contributor
Twitter

Jon Manson hasn't written a bio just yet, but if they had... it would appear here.

10 Massively Underrated Movies From The 1990s