5. Michael J. Anderson As The Man From Another Place (Twin Peaks) 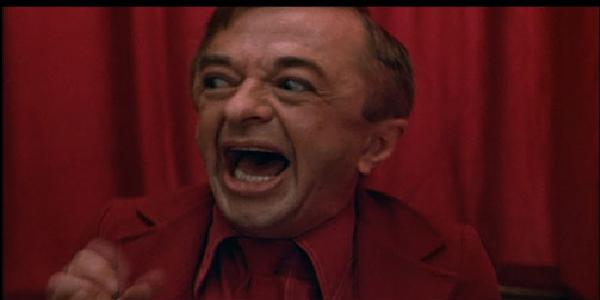 Twin Peaks was easily one of the weirdest TV shows in the history of this or any other world. Throwing Michael J. Anderson into the mix as a terrifying and evil dwarf only helped cement the show as one of the creepiest things you are ever likely to witness on the small screen. The character of The Man From Another Place is actually a spirit but takes on the form of a dwarf in a red suit during dream sequences involving the show's main protagonist Cooper. His real motives are never truly revealed throughout the show which only makes him even scarier. Throw into the mix he might be the physical manifestation of a possessed arm in human form just shows you why so many people switched the channel when David Lynch's cult show came on the airwaves. Anderson would return to television years later as the much less terrifying but equally mysterious character Samson Leonhart in the much missed HBO series Carnivàle. Despite being portrayed as a dwarf throughout his career (and in this list) Anderson is in fact afflicted with Osteogenesis imperfecta which leaves him with stunted bones. His last recorded height of 3 foot seven inches however is enough for him to qualify as one of our favourite little people of all time.
Contributor
Matt Aspin
Contributor
Twitter

10 Movie Actors Who Were Discovered In Unusual Ways