(This article contains heavy spoilers and we DO NOT RECOMMEND that you read it before seeing the movie) I loved The Dark Knight Rises. I don't feel it is the best of Christopher Nolan's Batman films so much as the film that makes them a trilogy. I'm not being silly, what I mean is that they are a proper trilogy, not just a film with two sequels. TDKR unites the drastically different Batman Begins and The Dark Knight and makes the whole package work. If it wasn't for the slight hiccup with Katie Holmes you could cut the three movies into one uber-film and it would work. So don't think this is someone picking holes to find fault. I was happy, I was totally satisfied. Any niggles I had were lost in my appreciation of the film. That said, there are a few quite drastic differences between Nolan's epic and the source material and I would like to highlight and discuss them. Some of these differences I wasn't keen on and some I agreed with, after all this is Nolan's Batman. It has its own canon. I would like to point out now though that none of these things break TDKR. They are what they are and for the most part it works just fine.

5. The Non-Return of The Scarecrow 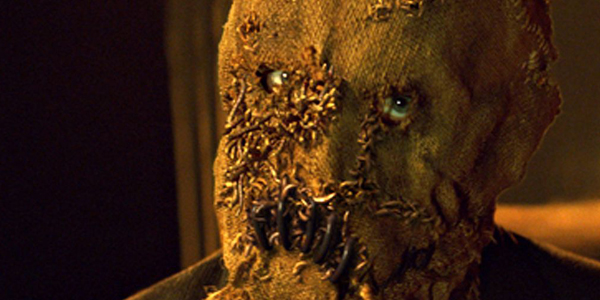 I thought The Scarecrow was pants in The Dark Knight. After his fiery horse antics in Batman Begins I had high hopes for The Scarecrow but it seems all he has ended up becoming is a petty drug dealer and a rather pointless judge. He only has one question to ask; death or exile? Surely he could have been more? The Scarecrow persona was diluted in TDK and completely lost in TDKR. This is a shame because, while he was never a physical threat to Batman, The Scarecrow is an adept trouble maker. I would have loved a small but pivotal role where, as an ex-collaborator with the League of Shadows, he uses his fear toxin to further demoralise Gotham city. The real disservice to Jonathan Crane is the total abandonment of his obsession with fear. He isn't The Scarecrow, just an excuse to bring Cillian Murphy back and why bother? Murphy was fine (if a little inconsistent) as crane but surely we aren't desperate to see him do something totally unrelated to the character? If nothing else they could have at least written his lines to include the word fear......
Contributor
Ed Moorhouse

10 TV Hoaxes That Fooled Everyone

10 Biggest Star Trek Events We Never Got To See New

10 Great Movies & TV Shows Starring The Cast Of You New

MCU Villain Battle Royale: Who Would Come Out On Top?