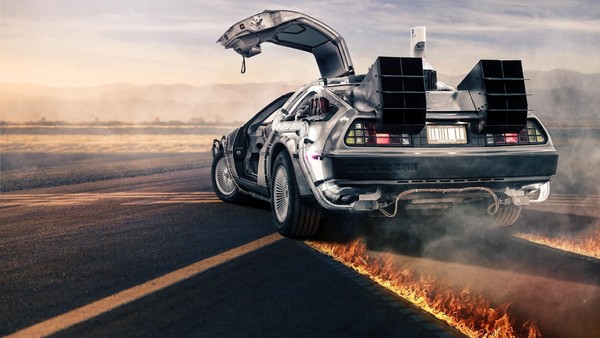 The use of time travel in cinematic history dates way back to 1921, with the film adaptation of A Connecticut Yankee in King Arthur's Court. Since then the films featuring the time travel plot device have come with far less convoluted titles, but far too often more convoluted plots. While some films utilise the plot device in a creative and interesting manner, too many get bogged down in the paradoxes and mechanics of time travel.

There have been plenty of films over the years that have aspects of time travel to boost otherwise mediocre products, such as Doctor Strange and its brilliant 'time loop' climax. Then there are those near perfect films such as Avengers: Endgame and Interstellar that are at their weakest when exploring the time travelling aspects of their plot.

Any film featuring time travel is a potential for this list, be it that the protagonist's deliberately choose to go to another era, are sucked into a wormhole or become stuck in a time loop. The better entries on this list have utilised the time travelling aspects in innovative ways, even if the initial premise is similar to other time travelling films.

So prepare to jump inside your DeLorean and head for healthier times, as we explore seven time travel movies that were perfect, and seven that sucked.

First the good ones...

Unlike previous entries on this list that wasted the comic potential time travel offers, this 1988 nails it from start to finish. The film is a brilliant stoner comedy thanks to casting the ever likeable Keanu Reeves and Alex Winter, before milking the time travelling premise for every gag imaginable.

While not taking itself too seriously is crucial here, the film also makes bold casting decisions that make the film work. Casting counter-culture comedian George Carlin into the role of the futuristic Rufus is a genius move, giving a dry sense of humour to contrast our stoner lead duo.

The script is massively underrated, with genius comic ideas and one liners flooding off the screen. The idea that Bill and Ted's music saves humanity is a brilliantly bonkers idea that isn't just used as a one off gag, while the stream of iconic one liners- 'Strange things are afoot at the circle-K'- just work.

The fish out of water nature of the film is the glue that makes the film work, Bill & Ted's journeys back in time and a host of historical figures visiting the present day equally fun. Be it Napoleon Bonaparte enjoying waterslides, Genghis Khan utilising a skateboard, or various 'cross time' romances, the silly premise is embraced wholeheartedly here.

While the characters are all important and funny in themselves, none are bigger than the film itself. Bill and Ted may be our comic leads, but allowing all the humorous potential to be explored makes the film near perfect.

Harry Potter: Ranking Every Death Eater From Worst To Best

While he likes to know himself as the 'thunder from down under', Luke is actually just a big dork who loves all things sport, film, James Bond, Doctor Who and Karaoke. With all the suave and sophistication of any Aussie half way through a slab, Luke will critique every minute detail of films and shows from all eras- unless it's 1990's Simpsons episodes, because they're just perfect

9 Horror Movie Twists That Made No Sense

12 Most Heart-Stopping Sci-Fi Movie Scenes Ever