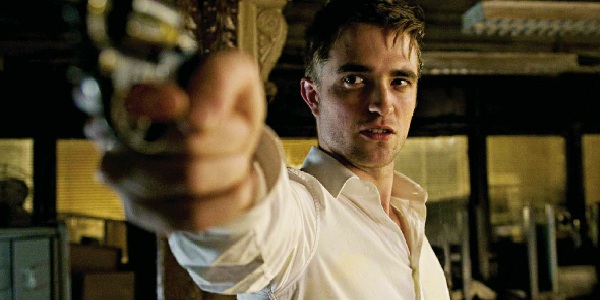 Off the back of two sure-fire hits in A History of Violence and Eastern Promises, David Cronenbergs A Dangerous Method felt oddly tame and not at all living up to either the promise of the text or the directors reputation. Returning with something more tonally reflective of his body of work, Cosmopolis is a bleak, visually compelling film like we would expect from Cronenberg, but is resolutely a muddy, misguided reading of Don DeLillos acclaimed novel. DeLillos minimalist narrative revolves around billionaire Eric Packer (Robert Pattinson), who gets in his chauffeur-driven limo to travel across Manhattan and get a haircut. Various intervening events, such as meetings with oddballs and sexual trysts, delay his arrival, as Packer ponders the state of his life, the world, and specifically, the capitalist system upon which he has built an empire. In our presently uneasy economic climate, a work like Cosmopolis should be ripe and relevant without too much fuss, a self-destructive lamentation of excess filtered through the existential angst of one privileged young man. The films fundamentally academic engagement with its opinions  of which it has many  quickly proves tiresome, as poor Pattinson, who has a noble crack at untangling the unbearably stagey dialogue, can do little but tread water.

Characters wax philosophical on a variety of subjects with an enthusiastic nihilism, but the experience generally equates to a ham-fisted lecture rather than a slyly scholarly debate about the issues at hand. Most characters speak in a wholly unnatural, distractingly robotic cadence, reflected in their actions, elliptical at the best of times and quite often simply nonsensical. The film is emotionally empty, as may sort of be Cronenbergs point regarding the corrupting power of money, but as a result it not only denies us empathy, it reduces what we see to a series of monotonous exchanges which cant even be livened up by the occasional sex and gunfire. There is no character development; the people we see are shells, telling us little and reeking of maddening solipsism while doing so. All of these would be fine had Cronenberg managed to establish meaning and context, which through the impenetrable dialogue, he has patently failed to.

Even parading a fine roster of talented actors before us does little to help things; the likes of Samantha Morton, Juliette Binoche, Mathieu Amalric and Kevin Durand cant help but flail amid the mechanised script, and of the supporting actors, only Paul Giamatti  as an assassin  really gets any narrative meat whatsoever at the films climax. Pattinson himself does as solid a job as anyone could expect, smartly, crucially distancing himself from the Twilight series, though he will need a much stronger project to unequivocally prove his chops. It is difficult to imagine what Cronenberg was aiming for when he concocted Cosmopolis. Its wordiness renders it inaccessible to the majority of audiences, even the arthouse crowd, while unravelling its convoluted and verbose rhetoric in fact reveals little of substantial value. Whatever the director was trying to say, it has become irredeemably lost in the fold. To equate the experience, my screening of Cosmopolis  a public screening on a Friday night  had 23 walkouts, likely as much a testament to its thematic misappropriation as its poor marketing (which touted the film as a sexy thriller starring a Twilight actor). It is the sort of film that shouldnt be cynically propping itself up with a name draw like Pattinson, but more importantly, it is the sort of film that should rouse the mind rather than dullen it with pretensions to the lectern.

12 Awesome Supporting Actors Who Need Their Own Movies

Batman: Every Live-Action Robin Ranked From Worst To Best

10 Movies Nobody Wanted But Ended Up Loving New