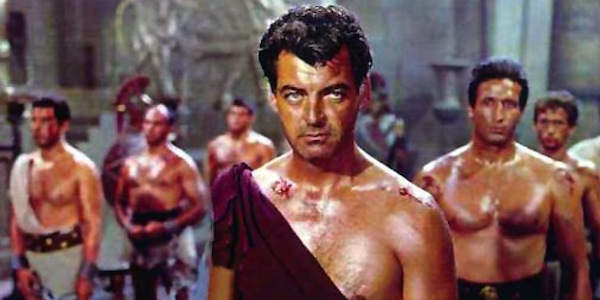 MGMLeone's true debut film is The Colossus of Rhodes in 1961, a peplum epic from the Hellenistic period starring Rory Calhoun as the Greek hero Davios. Boasting one of the largest budgets to date, The Colossus of Rhodes is impressive in the scope of cast and set design, and turns out to be one of Leone's most grandiose products. Despite this being his first credited work as a director, Leone already had plenty of experience in the sword-and-sandal genre. He served as replacement director on The Last Days of Pompeii when Mario Bonnard fell ill and also served as a second unit director on Ben-Hur in the same year. The Colossus of Rhodes was the first film he had nearly full control over, and it was also where he first established the visual style that would become his trademark. Much of Rhodes drags, unfortunately, and at times it does seem to be one of the more dated pieces from the era of peplum epics. Still, along with The Last Days of Pompeii, The Colossus of Rhodes is primarily worth watching for an early glimpse at a director who would soon master the medium.