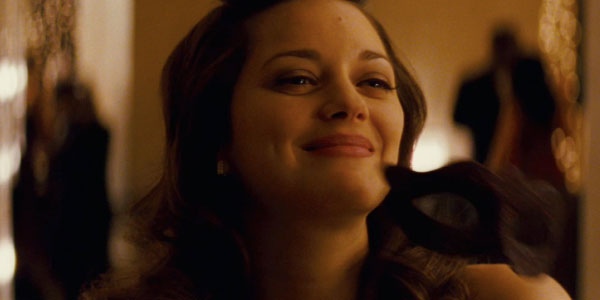 Since its release a month ago, Christopher Nolans finale to his Batman trilogy has been the center of many heated discussions among movie lovers and Batman fans. While The Dark Knight generated near unanimous praise, The Dark Knight Rises is without a doubt a more polarizing film. Some see it as a near perfect film that satisfies in every way, while others see it as good, but dampened by apparent plot holes, a rushed plot, and motivational inconsistencies. However, one of the biggest criticisms I consistently hear about has to do with the plot twist involving Miranda Tate. Near the end of the film, as Batman is screaming at Bane to give him the trigger to the fusion bomb, it is revealed that Miranda is actually Talia Al Ghul, daughter of Ras Al Ghul, and that she was the one to actually escape the prison pit, not Bane. Bane had actually been her protector; rescued by Ras Al Ghul and taken into the League of Shadows only to be excommunicated due to his injury. Many contend that this reveal completely destroys the villainous nature of Bane, who up until that point had been thought to be the mastermind behind the entire operation. Ive heard people claim that it makes him simply another lackey; a pawn to be used by Talia in the same vein as Banes subservience to Poison Ivy in Batman & Robin. Let me start right off the bat that any comparison to that aforementioned abomination is ridiculous. Nolans Bane, even if we are to presume that he is Talias overstuffed body guard, is nothing like the Schumacher Bane. That Bane literally had the mental capacity of an obedient toddler. He could barely speak, and when he did, it was only his name. Nolans Bane is strong, intelligent, calculating, and a charismatic public speaker. Again though, this is assuming Bane is merely Talias lackey, which is what many people believe to be the case. However, I simply do not see where this is coming from. Make no mistake, Talias reveal does change the viewers perspective of Bane. It gives us a little more insight into his motivation, which until that point was to lead the League of Shadows to fulfill Ras Al Ghuls destiny. Now we come to find out that Bane is not the actual leader of the League of Shadows, Talia is. We also learn of Talias motivation, which is not only to finish her fathers work by destroying Gotham, but to also avenge his death by killing Bruce Wayne (and herself apparently). I have yet to hear a legitimate reason why this sudden revelation negates all the work Bane did in the last 2 hours. We saw him hijack a CIA plane, work covertly with and manipulate Daggett Industries, attack the Gotham Stock Exchange, bankrupt Wayne Enterprises, lead and manage an underground army to strategically wire the entire city with explosives, orchestrate and further manipulate the people of Gotham into a revolution, and hold the city hostage for months. As far as I know, Talia was not directly involved with this. Yes, Im sure the plan was formulated and outlined by Talia, perhaps even with Banes input, but it was Bane himself who managed the operation while she played the part of Miranda Tate in order to wiggle her way into both the CEO seat of Wayne Enterprises and Bruces heart. Basically, the two worked together. To me, this looks to be more of a partnership than a straight up dominant/subordinate relationship others seem to pick up on. Just because we find out that he is #2 instead of #1 doesnt mean the guy isnt highly intelligent and strong. Hed have to be in order to do the things he did in the film, and Talias entire scheme would have been impossible to achieve without him.

There are two particular instances in the film that further demonstrate that Bane is not just Talias subordinate. While Batman and Bane are fighting for the first time in the sewers, Bane exclaims, I am the League of Shadows! One may argue that this is just simple boasting on Banes part, but to me this further exemplifies Banes dual motivations. We know that he loves Talia, and will protect her with his life, but a man who operates on love alone does not boast in such a way. Clearly he thinks of himself as the leader, despite that fact that he is not. Maybe he is right to think this way. After all, he was doing more of the work than Talia was. Banes final scene is another example that leads me to believe there is more motivating Bane than his love for Talia. After she tells him to keep Bruce alive, Bane proceeds to disobey this direct order, stating that, We both know I have to kill you now. Why would a person who supposedly exists only to obey Talias orders go on to contradict them in the very next scene? Again, Bane appears to have more motivation than that. Perhaps his pride was broken when Batman defeated him, and he couldnt allow someone stronger than himself live. Maybe when Talia isnt around, Bane thinks of himself as in control. Admittedly, we dont know enough about Banes motivations to know for sure, but the simple fact that he disobeyed the person he loves shows that love isnt his sole motivation.

As much as I enjoy The Dark Knight Rises, even I admit that there are many legitimate problems with the film. While watching it, you get the sense that the Brothers Nolan had so many ideas they wanted to explore that none of them get properly explored. Long stretches of time pass by within single scenes, which can be startling upon first viewings. And despite all the innovation and thematically rich story developments, the conclusion is predicated upon a cliché ticking time bomb. Despite my defending of the end twist in relation to the character of Bane, Nolans Talia is pretty shallow compared to her comic book counterpart. However, I disagree with the idea that Talias reveal somehow negates Banes impact. Whether he was the actual leader of the League of Shadows or not, he was still the physical architect of the death and destruction that befell Gotham City for months, and he did it with the proper cold and calculating menace expected of the character. Nolans Bane, as played brilliantly by Tom Hardy, was a magnificent villain, which ever way you look at him.
We need more writers about Batman and The Dark Knight Rises! Get started below...
Contributor
Brandon Jacobs
Contributor
Twitter