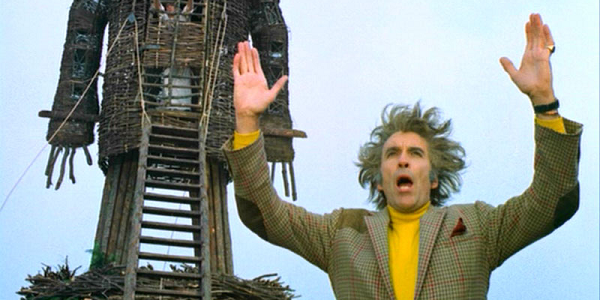 The Wicker Man; not the Nicolas Cage comedy, but rather the original 1973 classic that probably has the most famous ending in horror movie history, has been restored and will soon receive a cinema and blu-ray release. Anyone who doesn't know, the film follows Sargeant Howie (Edward Woodward) who travels to a remote Scottish island to investigate the disappearance of a young girl. When the islanders are less than forthcoming about the missing girl, Howie discovers that the disappearance might be linked with the island's failing crops and they are going to use her as a sacrifice to the Pagan gods of fatality. Co-starring Britt Ekland and Christopher Lee as Lord Summerisle, The Wicker Man is a frantic clash between one man's Christian beliefs and an Island full of Pagan worshipers. To celebrate the film's 40th anniversary, this restored version has been labeled as 'The Final Cut' by director Robin Hardy and crucially establishes that the events take place over a 72 hours and an earlier appearance by Lord Summerisle. Compared to the version you might be used to, 'The final Cut' is a far more intense experience. 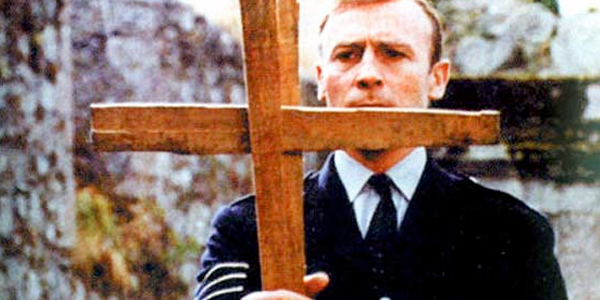 While the clarification in the final cut, that the events on the Scottish island take place over 72 hours, is a subtle but effective change, it's the earlier introduction of Lord Summerisle that will be a highlight of this version. It makes much more sense that we get a teaser of Lord Summerisle earlier in the film, especially as he a pivotal character that instigates the downfall of Howie. The only problem with the scene is the drop in print quality from the rest of the film. But that is only a small niggle and doesn't remove you from the drama unfolding in the scene. The west has mostly moved on from the strict religious confinements that would have been so important to people's lives in 1973, therefore the religion theme that is central n the film, might not have the impact it would have had on audiences when they first saw the film. But looking at the mess religion has made of the Middle East, the clash between Christianity and Paganism in The Wicker Man can easily be related to that modern day conflict. However, that still doesn't change the fact that Howie is a man with strong Christian beliefs that make him a character from a different time. Some may find it hard to relate to Howie's disgust when he sees the island folk partake in their night-time love action. The way Howie walks around judging any hint of sexual deviancy makes him stand out as much as the people he is offended by. You think that he would have had a hard time coping in a sexual liberated world, where hardcore porn is available freely with a few clicks on a computer. The folk music and musical numbers might seem odd to people who are used to screams and cliché horror orchestrals to set the tone, but even now there is no better way to highlight the creepiness of the island. The famous sexy naked, song and dance number by Britt Ekland is still bizarre and fitting as it has always been.

Folk music, nudity, sex and religious sacrifice, Empire magazine labeled The Wicker man as the best British horror movie ever made, and it is. The blu-ray comes out in October and is full of features that should please any Wicker Man enthusiast (look out for our review and interview with Robin Hardy) but until then. you owe it to yourself to experience it on the cinema screen. The Wicker Man is released in cinemas on the 27th September. The blu-ray is out 14th October.
Want to write about Christopher-Lee, The Wicker Man, Robin-Hardy, Edward Woodward and Reviews? Get started below...
Contributor
Amarpal Biring
Contributor
Twitter
Facebook

20 Most Intense Movie Endings Of All Time

10 Actors Who Can't Catch A Break

8 Books That Need To Be Made Into Movies

The Animated Batman Movie EVERYONE Ignored

You'll Never Get 100% On This Avengers: Endgame True Or False Quiz!

Fantastic Four: 10 Theories For How They Can Join The MCU