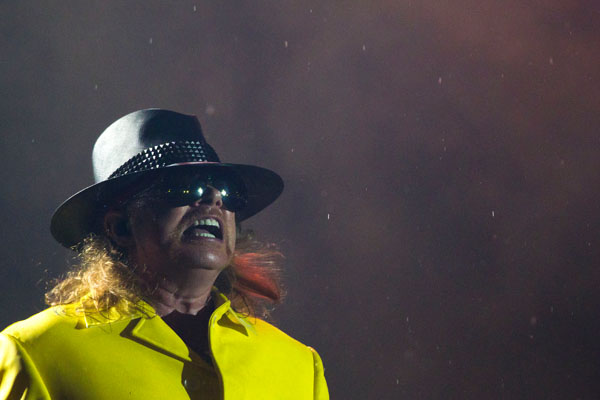 Felipe Dana/AP/Press Association ImagesMost headbangers of a certain age have gone through thisheading to our local music store in anticipation of snatching up the latest album by our favourite band on the day of its release. We rush home and throw it on our stereo, ready to once-again to be blown away - after all, their other albums were awesomehow could this not be? But as the album plays on, something is amiss. What pumps from your speakers is not what you were expecting. You cant always put your finger on whats wrong, but this is definitely not the music which made you love them in the first place. Maybe your band is stretching its wings and itll take several listens for you to warm up to it, maybe the frequent line-up changes have changed its sound - or maybe your band is committing the ultimate sin of selling-out. Whatever the case, its always a bit jarring when they decide to shake things up by confounding your expectations. This is especially true with hard rock and heavy metal, whose fans are a lot like our grandparentsresistant to change unless its so gradual that they dont notice (like Rushs evolution from a hard rock bar band to a progressive metal giant). Change isnt always a bad thing, but sometimes it comes too quickly for everyone to readily accept. The following isnt a list of the worst albums by bands weve grown to love (though a few are terrible). Some of them are actually very good (and one is a classic), but at the time of their release, they definitely challenged the loyalty of fans who embraced these bands in the first place.
Contributor
D.M. Anderson
Contributor
Twitter
Facebook

D.M. Anderson works and lives in Portland Oregon. He is the author of two young adult novels (Killer Cows & Shaken) and a collection of dark tales (With the Wicked). He has also published several short stories which have appeared (or will appear) in various anthologies and magazines such as 69 Flavors of Paranoia, Night Terrors, Trembles, Encounters, Implosion, Strange Fucking Stories, Perpetual Motion Machine. He documents his adventures in the dark on on his movie site, Free Kittens Movie Guide

10 Perfect Rock Songs That Were Written By Someone Else