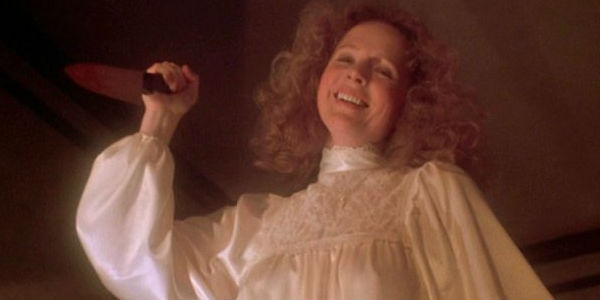 "I can see your dirty pillows. Everyone will." Margaret White is the domineering, abusive, insane and fanatically religious mother of Carrie White in the novel Carrie. Her views on life and more specifically sex, are narrow minded to the point that she believes that nearly everything is a sin. Very early on in Carries life Margaret believed that Carrie was a witch due to her daughters telekinetic powers and without the intervention of Carries father, would have killed her. Her manic insistence that Carrie repent for every perceived sin borders on abuse as she regularly locks her repressed daughter in a specially decorated prayer closet to beg forgiveness. As the novel progresses, Margaret eventually loses all touch with reality and prepares to kill her daughter with a butcher knife upon Carrie returning from the prom. Unfortunately for Margaret, Carrie is also prepared for her and in the end Margaret meets her doom  all the while reciting the Lords Prayer..
Contributor
Scott Barstead
Contributor
Facebook

A self professed Stephen King/Star Wars geek and pop culture neophyte, Scott tends to spend much of his time alone pondering life's greatest mysteries.....he also depends heavily on his son Liam, a great sounding board, to set him straight on Star Wars issues and gives him advice on what EXACTLY he's doing wrong.

7 Movies That Were Better Remakes Than Official Remakes

10 Terrifying True Stories That Would Work Perfectly As Horror Movies

10 Famous Photographs That Fooled Everyone

10 Most Violent Pirates In History