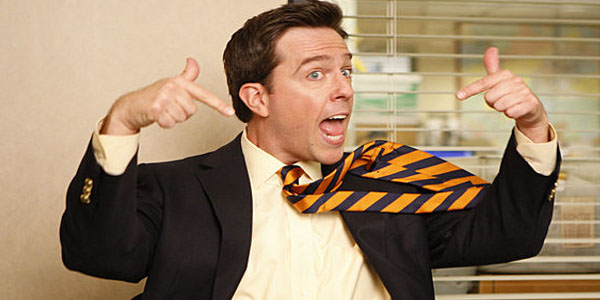 "TV makes sense. it has logic, structure, rules, and likable leading men. In life we have this. We have you."

Every show needs a lead, whether they be a man or a woman. They don't have to be likable, but they do have to make an impression on us that keeps the show grounded and flowing smoothly. Unfortunately, plenty of shows have suffered from having leading men who bring almost nothing to the table. In some cases, it's not entirely their fault and may just be the result of bad writing and/or stellar secondary characters. Still, many shows on this list managed to maintain great ratings and storytelling, despite their lack of compelling, leading men. Let's start with...

At first, this morally upright vampire was a solid leading man for the popular CW series. He was brooding, mysterious and great eye candy for this type of show. As his character started to unravel, however, everything interesting about this character began to fade away. All of the mystery and complex motivations we thought he had were quickly overshadowed by his more interesting brother, Damon. I don't blame the writers or Paul Wesley much for Stefan's failure to be a compelling lead (especially by season 4). They clearly didn't count on Ian Somerhalder's Damon becoming the reason to watch this show.
Contributor
Jon Negroni
Contributor
Twitter

Jon is the author of the Pixar Theory, the narrative that combines all of the Pixar movies in one timeline. You can read more about his random nonsense on jonnegroni.com

11 TV Shows That Just Got Renewed

Friends Or The Big Bang Theory Quiz: Who Was It - Ross And Rachel Or Leonard And Penny?

10 Doctor Who Characters Who Rejected The Doctor

Friends Quiz: How Well Do You Remember The Proposals?