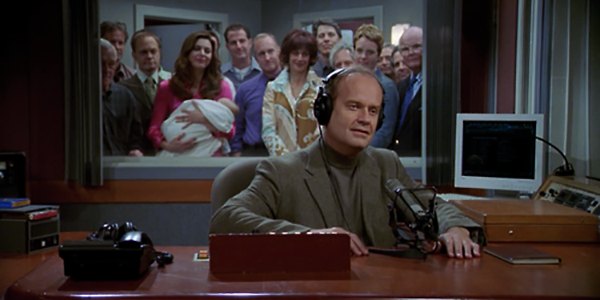 With Breaking Bad and Dexter coming to an end, there has been a lot of talk here at WhatCulture about series finales, and in particular ones that were unsatisfying, left too many loose ends or were simply bad. Breaking Bad is currently my list of shows to watch on Netflix. But Dexter I've been following from the start. I want something that delivers, bringing closure to Dexter, Deb and all of the Miami Police Department. Are we going to get it? I'm not so sure. While LaGuerta opening the Bay Harbour Butcher case and the presence of Doctor Vogel and the origins of Dexter'd code have brought things full circle, we're not at the heights of season one, two or four. I'm hope I'm left satsified, without a bad taste in my mouth. And God forbid, I hope the finale doesn't ruin the show for me. Fellow WhatCulture writer C.E. Reimer's recently wrote about 10 utterly awful TV finales that completely ruined the show. While I don't think Dexter will go down that route, I'm a little worried that it won't deliver on the series' early promise. While its always hard to let go of your favourite show, when series finales deliver, it can be a very rewarding experience as a viewer. A great series finale should leave you without too many unanswered questions. It should be bittersweet, giving you closure to the characters you have followed for years while leaving you wanting a little bit more. The worst thing a good show can do is outlast its welcome (House and now Bones, I'm looking at you. I loved you both, but I gave up before the end...) A great finale should bring the series full circle, give us one final great story line and let our characters go out on a high. And most importantly, it should be true to the series, delivering on the promise of its potential without going off on a tangent or failing to bring the viewer what they've been waiting to see all these years. Sadly, more often than not, great shows don't deliver a great TV finale. I think about some of my favourite TV shows and am saddened that they could get it completely right. Alias is my favourite JJ Abrams show. If you haven't watched it, go and check out the first two seasons. Pure TV excellence, with some amazing characters and brilliant plot twists. But the finale was rushed. The episode count for season five got cut and as a result I was left with the feeling of...it was okay. I won't spoil it, as I've just told people to go and watch it, but the ending was a little obvious and one character turned into a stock villain, which betrayed the years of development in her character. Angel is another show that I'm a little conflicted on. I would have rather have had an closed ending like Buffy The Vampire Slayer. But while I appreciate the decision to leave the story open, the finale episode, while brilliant, felt rushed. Leaving me wanting more is fine. But I wanted at least another two years like its parent show... But let's not dwell on the bad or unsatisfying. Instead, let me present 10 TV finales that got it right, delivering everything audiences wanted and more. And a note of warning, I will be talking about the content of those final episodes (and seasons). If you haven't seen them, move on to the next page!
Contributor
Baz Greenland
Contributor
Twitter

The Office Quiz: What Would Dwight Choose? New

Star Trek: 8 Things You Didn't Know About The Eugenics Wars

Friends: The Progressively Harder Who Did It Quiz