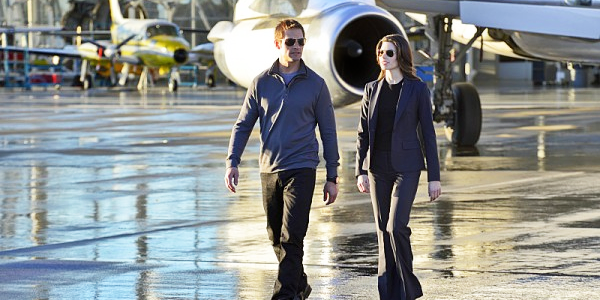 Set to air in February 2014 on CBS, Intelligence is a new show about a high-tech operative. No, he's literally high-tech. The main character, Gabriel, has a microchip implanted in his brain that allows him to access information straight through the airwaves to his mind. But the guy is human, which means he could use his ability to cut some legal corners and bypass some protocols that are probably there for a reason. Special agent Riley O'Neill is assigned as his handler (honestly, we all know that's code for "glorified babysitter") to keep him in line and safe from enemy hands. There are a couple reasons this show caught my eye. Lost alum Josh Holloway and Once Upon a Time star Meghan Ory are both wonderful actors, and the story line sounds like a sure thing for a solid, snappy, upbeat drama with just the right amount of sci-fi. All in all, Intelligence promises to be a refreshing new addition to network television.
Contributor
Riley Gorenflo
Contributor
Twitter
Facebook

Currently living in Orlando, Florida, Riley is a 19 year old Journalism major with her sights set on film and television review.

Friends Quiz: Who Kissed These Men - Rachel, Monica Or Phoebe?

It's Always Sunny In Philadelphia: 10 Best Characters Who Appeared After Season One

Friends Quiz: Can You Guess The Season From The Episode Title?

10 TV Shows That Improved Upon The Source Material

Brooklyn Nine-Nine Or How I Met Your Mother Quiz: Who Said It - Jake Or Barney?

Supernatural Or Lucifer Quotes Quiz: Who Said It - Crowley Or Mazikeen?

The Office Or Brooklyn Nine-Nine Quiz: Who Said It - Kevin Malone Or Norm Scully?

The Simpsons: 10 Characters Who Reappeared After Long Absences