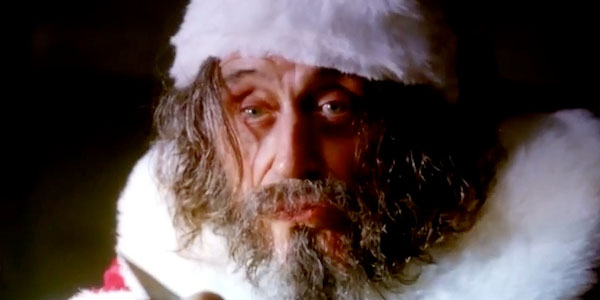 Son of a Witch! As 'American Horror Story' enters its third season it seems to be going as strong as ever. This year we see the witches of New Orleans (the new Salem) clash with the voodoo queen herself. It's an all out bloodbath, featuring an ensemble cast of some of the fiercest women on television  Kathy Bates, Jessica Lange, Angela Bassett and Emma Roberts are putting their bitchcraft to good use. For anyone who doesn't know the Horror Story formula, each season has a new setting, new story, new characters, but uses the majority of the same cast. So you can learn to love the cast rather than their character  who lets be honest, probably won't make it past episode two. What you are left with is an ever changing show, but with the people you love. The brainchild of Ryan 'Glee' Murphy, it is a departure from the happy-clappy songs of McKinley high school; sure they may have Sue Sylvester, but the FX show has rape, incest and gallons upon gallons of blood. Now I may have a bit of a Jessica Lange bias (appearing in all three seasons), but grab a pillow, dim the lights and take a look at the '10 Most Twisted Character in American Horror Story.' MASSIVE SPOILER WARNING IN EFFECT

Bringing a whole new meaning to the phrase 'granny pants', Miss O'Hara served as the main eye candy for lothario patriarch Ben Harmon throughout 'Murder House.' Appearing to some as a prim dressed housekeeper in her later years and to others as a scantily-clad twentysomething. Women's intuition allows them to see the true nature of a person, whereas men see only what they desire- Hence the two tone layering of the character and some very creepy sequences involving the Harmon housekeeper. A universal cringe goes round the room as you see Frances Conroy mounted on Mr. Harmon, much to the disgust of his own daughter. Previously employed by the Harmon's neighbour Constance, she had a brief affair with her husband Hugo, but when he tried it again in 1983 she brushed off his advances. An enraged Hugo tried to rape Moira but was caught by his wife; Constance shot Hugo in the heart, but not before nailing Moira one in the eye, hence Frances Conroy's milky eyed appearance. Moira's loyalty to Vivien Harmon makes her by no means the most twisted character in the Horror Story collective, having said that she makes the list just for biting off a property developer's penis. OUCH.
Contributor
Tom Chapman
Contributor
Twitter
Facebook

Warden of the north - bearded and tattooed. Lover of all things Horror Storied, Throned and Walking whilst Dead. Twitter: tomtomchap

10 Futurama Episodes Probably Made Out Of Spite

The Big Bang Theory Quiz: How Well Do You Remember Apartment 4A?

The Simpsons: 8 Episodes We Never Got To See

The Office Or Brooklyn Nine-Nine Quiz: Who Said It – Michael Scott Or Jake Peralta?

Seinfeld Quiz: Can You Match The Jerry Seinfeld Scene To A Season?