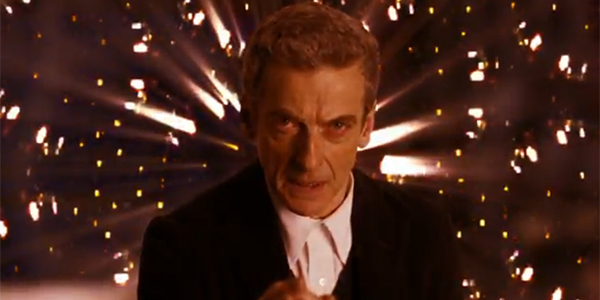 Since its return to our screens back in 2005, Doctor Who has spawned some of the most iconic and original episodes in its 51 year history, although most of them have been memorable in their own right, whether for good reasons or bad. With the conclusion of the most recent series, however, critics and fans alike have been expressing their concerns that the Doctor's adventures have become too dark for the show's younger viewers. Doctor Who prides itself on challenging the creativity of a child's imagination and, while it has been known to cover some quite serious issues, it does always try to contain their fears and resolve them in a way thats both entertaining and as scientifically accurate as possible. The audience is always left assured that no matter how bad things get, that strange time traveling man from Gallifrey will appear in his blue box to save the day - usually at the last minute. For a child, the Doctor is conveyed as the ultimate hero - someone they look up to, who they want to know or perhaps even be. That's how it started for Peter Capaldi, after all. Some would argue that Doctor Who should be dark and, since that's the direction the show seems to be taking under the ongoing reign of Steven Moffat, it looks like the naysayers will just have to deal with it. If you're still unsure, though, perhaps you might be persuaded by these 5 reasons outlining why the series works best when its at its scariest. After all, isn't Doctor Who notorious for sending its viewers - both young and old - screaming behind their sofas? And may that never change.
Contributor
Ben Jones
Contributor
Facebook

Ben Jones is a Doctor Who contributor/writer for the website from Wrexham. Whenever he's not writing articles, he's either playing guitar or watching television. Maybe both.

How I Met Your Mother: 10 Worst Things Robin Ever Did New

Friends: 10 Reasons Why Ross Is The Worst Person Ever

10 Times Star Trek: The Next Generation Tried To Be Sexy

Doctor Who: Every Post-Regeneration Episode Ranked Worst To Best

Buffy The Vampire Slayer Quiz: Can You Finish These Quotes From Spike?