17. Sheldon Won't Allow Anyone To Sit In His Spot, Except When He Does

Sheldon's quirks are legion. He won't drink coffee or alcohol (and separate episodes deal with the precise reasons why) and he is curiously asexual, as well as probably being a sociopath teetering on the brink of psychosis, and one internet blackout away from a full-on Falling Down situation. Probably his most famous quirk - aside from the infamous "knock, knock, knock, Penny" behaviour - is his unfaltering conviction that the left hand cushion of his sofa is "his spot," which he has placed this location "in a state of eternal dibs", and his utter intolerance for anybody who tries to sit there. Anyone who has sat there has done so out of ignorance (Penny) or spiteful vengeance (Howard,) with the inevitable repercussions.

But in The Bat Jar Conjecture in Season One, ahead of the Physics Bowl (which confusingly has only one round, which is both a qualifier and the final, for some reason) Leonard sits unmolested in the spot to practice. He then also allows Raj to sit in his spot at the start of season two, breaking his rule through uncharacteristic ambivalence.

Another of Sheldon's multifarious quirks, the Roommate Agreement has reared its considerable head several times over the course of the show's seven seasons, usually to back up Sheldon's distaste for something completely reasonable that Leonard has done, as well as to compound his claims that Leonard should have taken him to visit the Large Hadron Collider when he unfairly chooses a romantic Swiss trip with Penny instead (which comically doesn't come off.) In that same episode Penny asks Sheldon if the roommate agreement contains anything relating to girlfriends, which Sheldon immediately dismisses as ridiculous (even more so than a Godzilla attack, or Sheldon inventing a malevolent supercomputer like Skynet.) But that is counter to just two episodes later when Sheldon says Leonard has invoked the Co-habitation Rider of the Agreement, as Stephanie has unknowingly moved into the apartment with him. Probably time to start worrying about Sheldon's Skynet-like work, then. 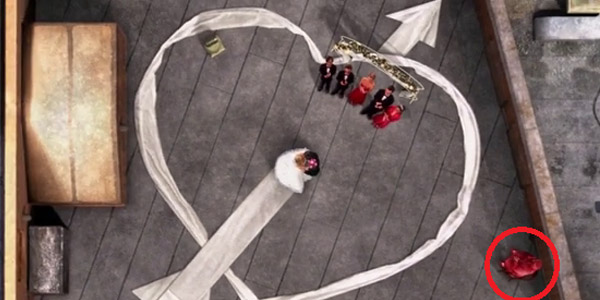 From almost the first episodes, Howard's mother has been an ominous but mostly unseen presence lurking just out of shot, ready with a devastating criticism of Howard, or something designed to utterly shame him, and ruin any morsel of street cred his lies have built up for him. We don't really know what Mrs Wolowitz looks like - that's sort of her shtick - but we do have some fairly sizable hints from stories Howard has told, and the biggest thing we do know is that she's grossly, if not morbidly obese. In Series 4 episode The Engagement Reaction (S4 E23) it is specifically mentioned that she has giant arms, which makes sense considering the picture Howard paints of her. And the only very brief glimpse we get of her in The Spoiler Alert Segmentation in season 6 seems to confirm her size...

But then, at the end of that same episode in series 6, we see the very same arms when she grabs Raj to stop him climbing out of the window, and they definitely aren't grossly fat at all. Incidentally, there's a good chance we have actually seen what Mrs Wolowitz is supposed to look like...

8 Movies That Put Their Extras Through Hell

Friends: The Hardest Monica And Chandler Quiz On The Internet

How I Met Your Mother: Progressively Harder Barney Stinson True Or False Quiz