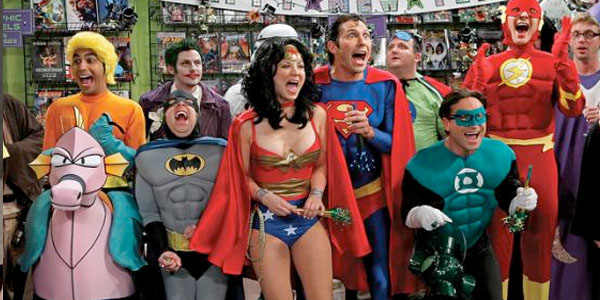 There has been a lot of love surrounding The Big Bang Theory since it premiered back in 2007 but it has also fallen under some scrutiny for the portrayal of its characters. Some argue that it pigeonholes each of them into an archetype for nerds with each having some form of social awkwardness and love of science, comic books, and Star Trek. While it's true that not all people who fit the description of a nerd harbor an obsession for Star Trek, Star Wars, and other space dramas the characters do still tend to show some diversity amongst their group. In fact, though the show did begin playing heavily on the stereotypes part of what made it so enjoyable was watching the characters develop and grow out of certain roles they found themselves trapped in. For instance, Penny's relationship with Leonard broke every conventional stigma associated with his nerd identity. What made the show so great for a general audience isn't necessarily the same as for those who can relate to the characters. And by relate we don't mean people with selective mutism but those with similar interests. The Big Bang Theory has slightly declined in quality in its current season and this can be blamed on its deviation from the very "nerdy" aspects that many have judged it for. If you're a true nerd, however, you'd find little to be offended by and instead realize that these five reasons are what made the show great for us all.
Contributor
WhatCulture
Contributor
Twitter

Doctor Who: 10 Worst Things The Eleventh Doctor Has Ever Done