3. Bring Back The Time Lords 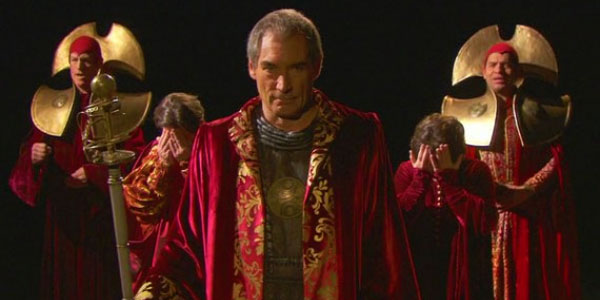 The Time Lords can give a Time Lord a full set of extra regenerations. This is established in the 20th anniversary story "The Five Doctors", which should really be called "Three and a Half Doctors and a Guy in a Wig". In that story, the Time Lords offer the Master an entire extra set of lives if he will go into the aptly-named Death Zone and rescue the Doctor. Now it's possible that the Time Lords were lying about being able to do that, but I don't think so. I'm pretty sure the Master would be aware of such a thing. So if that's the case, all the series has to do is bring back Gallifrey (which they should do anyhow, as it's a major part of Who canon), and then have a story where the Doctor, perhaps in his role as former ex-Lord President?, gets a new set of lives. Problem solved. Or they just skip that, and go with my next step.

10 Sci-Fi TV Shows We'll Be Glued To This Year

Chris Swanson is a freelance writer and blogger based in Phoenix, Arizona, where winter happens to other people. His blog is at wilybadger.wordpress.com

10 Scariest X-Files Episodes Of All Time

10 Upcoming New Sci-Fi TV Shows To Be Excited About