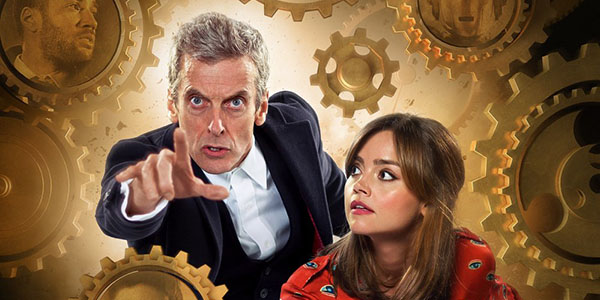 Being a fan of Doctor Who is always a rollercoaster - there are epic highs and devastating lows. To be a fan, however, there are some things you have to just accept without questioning. Well Ok, Whovians question but still accept them. These factors are a huge part of what Doctor Who is all about and by taking them away, the show becomes diluted and overly placid. Theyre what make Doctor Who, Doctor Who. Theyre what makes the show different. As such, fans accept these differences  sometimes through gritted teeth  because without them the show they love and adore would fall into the traps that so many shows before them have fallen into. Doctor Who would lose its truth and become just another TV show. When watching Doctor Who, a show about an Alien whose best friend is a human, travelling through time and space, suspension of disbelief is a given, but sometimes its not the stories that fans just have to accept. Sometimes its writing, sometimes its continuity, sometimes its the decision of an actor to leave the show when theyve just hit their stride. So lets take a look at those things that viewers need to accept in order to be a Whovian.
Contributor
Mike Melling
Contributor
Twitter

Doctor Who, WWE and Liverpool fan with a huge vocab... vocabu... who knows a lot of cool words.

Friends Quiz: Who Said It - Joey Or Rachel?

10 Moments Edited Out Of Your Favourite TV Shows

The Big Bang Theory Quiz: During Which Episode Did Sheldon Say It?

Friends Quiz: Match These Monica Scenes To The Episode