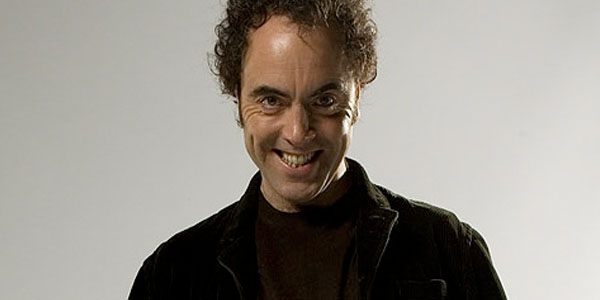 Now that we know who the next Doctor will be, it's time to place our bets on who will play his greatest adversary: the Master. While there's no word yet on whether or not the Master will be featured during Capaldi's reign, it's likely that after four years off the classic villain may be staging a comeback. Each Doctor-Master relationship is unique, but they frequently have a yin and yang, almost codependent thing going on. The suave Roger Delgado matched perfectly with Pertwee's Bondesque Doctor, just as the manic John Simm worked well with Tennant's emotionally fragile Doctor. It would have been impossible to try to cast a Master without knowing who his Doctor would be. But now that we've got Peter Capaldi, we can determine what actor would be perfect to take him on.

When it comes to the Master, the post-2005 Doctor Who has given us a new explanation for why he is the way he is. The new canon interpretation of the Master is that he's an emotionally damaged man, driven mad in his youth by the Untempered Schism. And if we're going to stick with that, rather than reverting to the more traditional version of the Master, I can't think of anyone better than Cillian Murphy. He can play emotionally unstable characters with the best of them, and is 100% capable of turning in a vulnerable and sympathetic performance while still being perceived as the villain. The Master does such terrible things, but you can almost feel bad for him, regardless. If he had the right scripts, Murphy could create a really nuanced interpretation of the character with a level of depth that goes way beyond what we've seen so far.
Contributor
Audrey Fox
Contributor
Twitter

The Simpsons: 10 Worst Episodes Ever

The Office Or Brooklyn Nine-Nine Quiz: Who Said It - Kevin Malone Or Norm Scully? New

It's Always Sunny In Philadelphia: 10 Best Characters Who Appeared After Season One

Friends Quiz: Can You Guess The Season From The Episode Title?

The Big Bang Theory Quiz: Match The Middle Name To The Actor New

Brooklyn Nine-Nine Or How I Met Your Mother Quiz: Who Said It - Jake Or Barney?