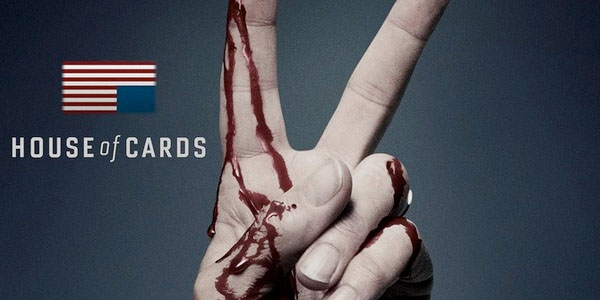 After an agonising 12-month wait, Netflix's brainchild TV show has returned to our screens, and having binged through all 13 episodes this weekend, all I can say is, "Wow". Building substantially on the brilliance of the first season, House of Cards is a fantastic advertisement for Netflix's pioneering content delivery system, whereby all the episodes are released at once, and viewers can decide for themselves when to watch the lot. After watching the shocking episode one of the new series, though, it's unlikely that anyone would be able to hold back from watching another...and another, and so on. So now that we're all blasting through the season, it's time to recall those 10 awesome moments that defined season two. With that in mind, note that spoilers are obviously to follow, so if you're not done with the season yet, perhaps wait until you are! For those who have seen it, though: what did you think? And what are you hoping for in season three?

Though in the original UK series, Frank does end up killing Zoe Barnes' equivalent, I don't think even fans of the original saw this coming quite so soon. Reporter Barnes and Frank's peculiar relationship was one of the lynch-pins of the first season, though after Frank's murder of Peter Russo, Barnes and her fellow journalists became suspicious that Frank was involved. Frank took drastic action right off the bat in season two, meeting Zoe in a subway station, kitted out in a trenchcoat and hat, before he catches her off-guard, throwing her in front of a train. It was the series' most shocking moment to date, completely changing the dynamic of the show from that point. The only thing that didn't quite convince was how easily Frank was able to avoid detection: train stations like that are littered with cameras, so surely they'd be able to catch the shady looking guy covering his face and walking away calmly from the accident? Still, it's a conceit necessary to buy what was still a pretty awesome moment.
Contributor
Jack Pooley
Contributor
Twitter

10 Characters The Walking Dead Killed Off At The Wrong Time

10 Best Monsters Of The Week In Buffy The Vampire Slayer

8 Doctor Who Companions Who Should Make A Return

10 Reasons You Must Watch Avatar: The Last Airbender