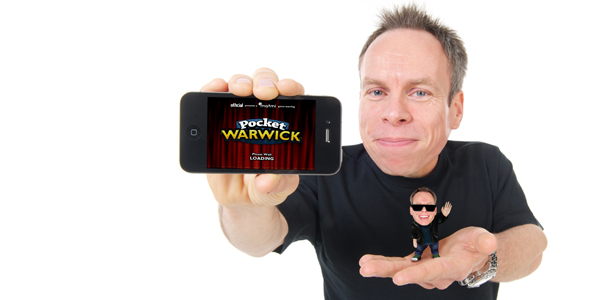 Warwick Davis is very much the toast of the town at the moment. For a start, he is heading up his own starring vehicle, the hilarious comedy Lifes Too Short, written & directed by Ricky Gervais and Steven Merchant, which is set to return to our screens this Easter. Then there was his victory in the Great British Bake Off for Comic Relief; and his role in the final series of An Idiot Abroad where he was the vessel in which the gimp-faced, round-headed Manc twonk that is Karl Pilkington could vent his constant frustration. But Warwick already has a fascinating and prolific body of work that spans Ewoks, Leprechauns, Goblins and Bollywood- Star Wars, Harry Potter, and now Doctor Who- you name it, Warwicks probably been in it. His big project at the moment is the app Pocket Warwick. How to describe it? Well, imagine a tamagotchi but with Warwick Davis- you feed him, keep him clean, entertain him, decorate his room, and take on acting roles to further his career and become an A-list star. Warwick was kind enough to speak to me, in amongst eating a bagel and writing some emails, to talk about his varied career to date, the Pocket Warwick app, and his fascinating upcoming slate of projects. Where did the idea for Pocket Warwick come from? I love technology and gadgets, and I love performing. So essentially I was looking for a way to combine my passion for both- how could I literally get myself inside an iPhone? Im not trying to create another world, it would just be me. So I developed the project with Offficial and Matmi. Like a film director might do, I oversaw the whole thing rather than leaving everyone else to do the hard work. Its very personal to me- I made sure the digital Warwick ate the food that I like, his career path is sort of similar to mine- and it took 9 months to develop. The photography, the voice recording, the writing I wrote every single film title and synopsis, and the guys at Matmi helped determine what each choice would mean for the characters career as a whole... People just dont realise the amount of time and money that gets put into something like this, especially when its free to download! I think now that I appreciate the world of apps and downloads a lot more. Congratulations on your success on The Great British Bake Off- you also competed in Celebrity Scissorhands. What is it about these competitions that appeals to you? Theres two reasons I do them. The first is that it means I am able to support these British charities, which in themselves are national institutions, and I grew up watching Children in Need and the like, so its great being a part of that. The second- well, competing in Celebrity Scissorhands was about me inspiring people. You dont get many 36 hairdressers. All you need are a few stools, and theres really no hassle. I just wanted people sitting on their sofas who dont think they can do that sort of thing to say to themselves well, if hes giving it a go, whats stopping me? As for The Great British Bake Off, Im a huge fan of the show, as are my kids, and I did it for them really, because they love it- on Harry Potter, so many actors I worked with were doing it for their kids, so its the same sort of thing. I didnt go in it to win, though you can get competitive, especially with Duncan Bannatyne breathing down your neck! But I like a challenge 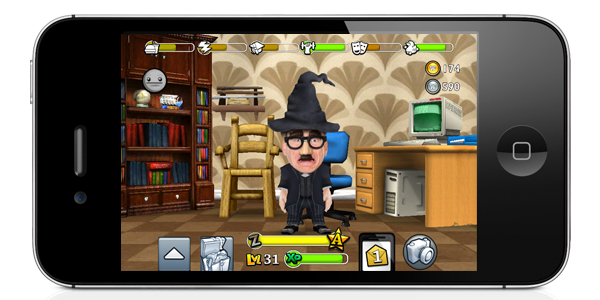 Id love to hear your response to the endless, narrow-minded criticism that is aimed at Lifes Too Short and An Idiot Abroad 3 for making fun of you? Its clearly not true! Its a shame, really. I feel offended that people are offended for me. The critics just didnt get it. In the show, we laugh at Warwick because hes an idiot, a nasty piece of work, selfish hes all those things, hes a little Napoleon! Of course we touch upon the fact hes a dwarf from time to time- a lot of whats happened to him has actually happened to me. Its holding a mirror to people, and makes them think about their attitudes, and I think that made the critics uncomfortable. At the end of the day, though, its not about the critics- its about the audience. And they all seemed to love it. Can you reveal anything at all about the upcoming Lifes Too Short special? I really cant say anything, sorry! Its an Easter special. We were asked for a second season, but everyone was so busy- Rickys doing The Muppet movies, etc. It what we could fit into our schedules. But its absolutely fantastic, a properly feature-length TV movie. I think it actually betters what Ricky and Steve have already written in the last season. This is just my opinion, and not a criticism, but although its very funny, it kind of lacks the heart of Ricky & Steves previous works- Tim and Dawns love story in The Office, Andy and Maggies friendship in Extras Thats what we set out to do! There was a conscious decision to do that- Ricky and Steve directly avoided pathos, but the special is a very warm story, very funny with a lot of heart. Its not the end of Lifes Too Short, its just what we have the time to do at the moment. 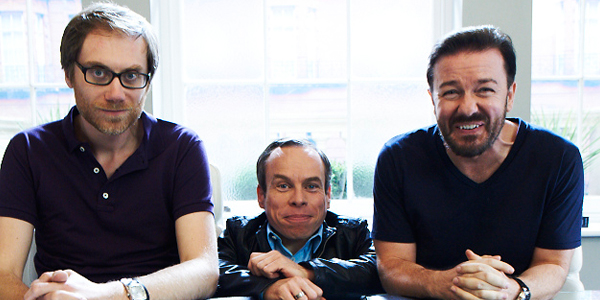 I appreciate you have to be tight-lipped, but is there any titbits you can reveal about your upcoming role in Neil Gaimans Doctor Who episode? Well, my characters short and theres Cybermen in it- thats all I can tell you! Neil s given me a great character, and I know that a lot of fans are pleased that hes writing it, since the last episode , won awards. Ive always wanted to be in Doctor Who, its a career ambition! I always dropped hints, but nothing came to fruition until this. Hang on, my pens run out of ink, Im just going to get another one Take your time There we are! Dont worry, just a few more questions and Ill let you get back to eating your bagel No, dont worry, thats fully digested now! Im a huge fan of An Idiot Abroad, which is now The Science Channels most-viewed programme ever, with an average audience of 16 million viewers Really? Is it? Wow! Jesus, thats unbelievable A lot of people are left wondering if anything is staged at all. The success is unbelievable! Everybody loves Karl. Everywhere I go, I get complemented on the show. It brings in a wide audience- not just children, but older people as well. Its like a buddy movie, really, isnt it? We go on a journey, and I find its very well-paced, theres always a joke soon after the last one. At screenings, I think the audience reaction is very interesting to watch. Everything you see is what happened. There was no manipulation from the crew. Karl is Karl- no one could keep that up- hes just Karl. Sometimes he can be right, but Id never give him the satisfaction of saying to his face that I agree with him. He means well. Its refreshing to see his attitude in this culture of ours that is obsessed with political correctness. He hasnt got any kind of agenda, he just speaks his mind. He never tries to hurt anyone. 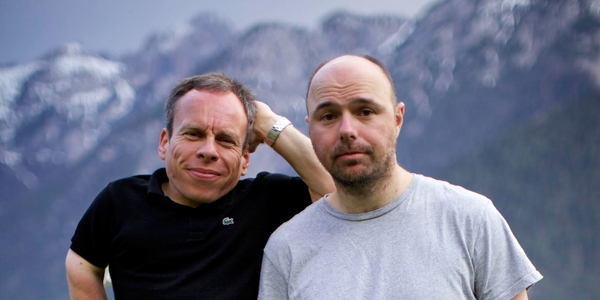 So, the big questions is- Star Wars Episode VII- Have you been approached, and would you be interested in returning to the universe with J J Abrams? Ive not been approached, but Id love to do it. I think JJ Abrams is a great filmmaker and a great choice. Id like to play a villain, and handling a lightsaber would be a bonus. Plus, it would mean I could claim to be the only actor to appear in all three trilogies- the original trilogy, the prequels and the sequels, I think theyre called. So Ill be dropping hints to Mr. Abrams, oh yes! Now Bake Off is out the way and Lifes Too Short has wrapped for now, whats next for you? Do you reckon you might pursue some more comedy? I often just take what offers come to me, really. Im forming a theatre company called The Reduced Height Theatre Company, made up entirely of shorter actors, and hopefully well tour the UK with all sorts of productions, not only of them comic. I have a sitcom in development, as well as a few other comedy projects. Ive just finished doing a documentary for ITV about the Ovitz family- a family of Seven Dwarves, ironically. They were entertainers with a travelling circus in central Europe when they were taken off to Auschwitz as Jews. They survived Auschwitz because they were different, and not just like the rest- they attracted the attention of Doctor Josef Mengele, and were subjected to experimentation. Once they were liberated by the Russians, they went on entertaining. Its a fascinating but harrowing story. I went to Auschwitz to film and learn more about it all. But the documentaries not all doom and gloom, there is a little humour but its not exactly lighthearted. Like the best fairytales, there is a balance of darkness and humour to the story. That should air in about late March. Lifes Too Short and An Idiot Abroad are both available on DVD & Blu-Ray. Pocket Warwick is available to download from iTunes and the Android Store. Lifes Too Short should return at Easter.
We need more writers about Harry Potter, Star Wars, Doctor Who, Warwick Davis, An Idiot Abroad, Interviews, Life's Too Short, Technology, interview and pocket warwick! Get started below...
Contributor
Oscar Harding
Contributor
Twitter

The Big Bang Theory Quiz: Who Said It To Bernadette?

Game Of Thrones Quiz: In Which Season Did They Die?

Buffy The Vampire Slayer Quiz: Can You Match The Buffy Summers Scene To The Season?

Brooklyn Nine Nine Quiz: Whose Line Was It - Jake Or Charles?

Community Quiz: Who Said It - Annie Or Abed?