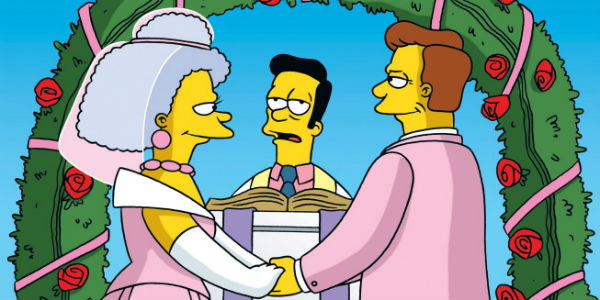 20th Century TelevisionStereotypical Hollywood has-been Troy McClure may ostensibly appear to be one of Springfields more affluent residents but this is far from the case. The actor experienced some success in the 1970s but has since been reduced to appearing in diabolical B-movies, educational videos and low-rate television shows. Knowing what its like to be so successful only to abruptly fall from grace must surely be worse than never having been a respected actor. McClures career came to a sudden halt when his peculiar paraphilia involving fish became public knowledge. In a pathetic bid to revive his stagnant career, McClure began a relationship with Selma Bouvier (in A Fish Called Selma) which caught the publics imagination and briefly made him relevant once more. The actor subsequently had a role in the musical version of the Planet of the Apes  what an honour When McClures agent suggested the pair have a child to seize the attention of Springfields media, Selma finally draws the line and ends the sham marriage. Troy quickly returns back to the gutter of obscurity out of which he had briefly escaped.
Quizzes

Friends Or How I Met Your Mother: Ultimate Joey Or Barney Quiz - Who Was It?

Friends Quiz: Who Am I - Rachel, Monica Or Phoebe?

10 Reasons You Must Watch Avatar: The Last Airbender

10 Best Monsters Of The Week In Buffy The Vampire Slayer

Friends Quiz: Who Was It - Rachel Or Phoebe?

Doctor Who: Ranking The Weddings Of The Whoniverse New

Friends Quiz: Who Did It - Phoebe, Joey Or Both?

The ULTIMATE Stranger Things Quiz: How Well Do You Know The Show?