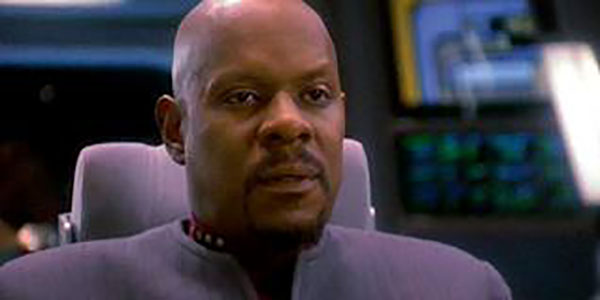 Its a question as old as time...well about as old as 1999. Who is the best Starfleet captain? Are you a hardcore classic purist and always answer James T Kirk, despite all his many questionable actions? Or you all forward thinking and advocate for gender rights and consider Katherine Janeway the best? Perhaps it's the diplomatic, Shakespearean, Earl Grey-drinking Jean Luc Picard? Or do you like Jonathan Archer because he was Sam Beckett in Quantum Leap? For me, Captain Benjamin Sisko is the best of the best, but against stiff competition it is going to be a hard case to sell. The single father / Emissary to Bajor / Starfleet captain / military strategist had so much going for him across his seven years in Star Trek: Deep Space Nine that I am confident I have a wealth of example to present. But in the interest of fairness (and because I feel Picard comes a close second), I'm also going to give me thoughts on what the other four Starfleet captains fared in similar situations. Because any fair case needs both sides to the story. Are you ready to be convinced? Good. Allow me to present 10 Reasons Why Benjamin Sisko is the greatest Starfleet captain...and as usual a warning to anyone who hasn't seen Star Trek: Deep Space Nine, I would be discussing key episodes to support my argument so if you plan to watch the show, spoilers beware!
Contributor
Baz Greenland
Contributor
Twitter

7 Actors Who Really Messed Up Their First Day Of Filming

10 TV Shows Which Didn't Get Better With Age

Brooklyn Nine-Nine Quiz: Who Am I?

The HARDEST Chandler Bing Friends Quiz On The Internet!

Friends Quiz: Who Am I - Joey Or Rachel?

10 TV Shows You Didn't Realise You Were Following The Villain

Doctor Who: Every NuWho Companion Ranked From Worst To Best