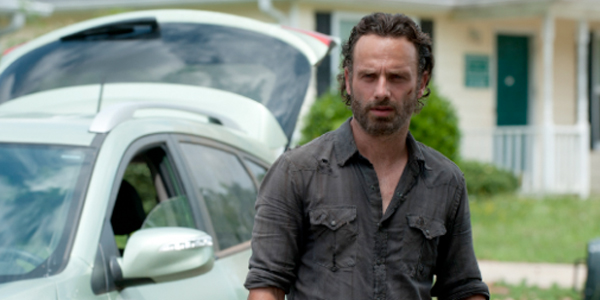 Towards the end of Isolation, Rick was posed with a difficult decision. Carol admitted to the murder of Karen and David, placing Rick in the position of judge, jury, and executioner. Rick had to decide how to deal with this information; should he keep Carols secret and risk that she'd do it again? Or should he take the information to the group, who would most likely reject or even kill her? Ricks situation was damned if you do, and damned if you dont. Although, in a zombie apocalypse, everyones damned anyway, so it was only par for the course. Indifference dealt with the process of this decision. The implications of Carols actions underscored their search for supplies. Rick was excavating Carols psyche in the same way he was rummaging through the cabinets for food and medicine. Rick was placing Carol on trial for her actions, trying to understand her motivations and directions moving forward. Their personalities clashed and overlapped as they grappled with what is best for the group. The end of the episode left viewers and characters alike with a lot of uncertainty. Rick makes a number of glances in the rear-view mirror, questioning the result, but determined to move forward. He even drives along the middle of the road, as though hes still on the fence about his decision. On the other hand, maybe he was just taking advantage of the open road. Either way, Im going to give you 5 reasons as to why I think Rick was right to exile Carol from the group.
Contributor
Eric Morlang
Contributor
Twitter