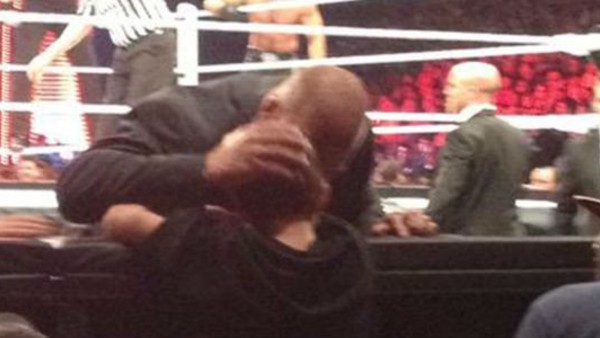 "In professional wrestling, kayfabe is the portrayal of staged events within the industry as "real" or "true," specifically the portrayal of competition, rivalries, and relationships between participants as being genuine and not of a staged or pre-determined nature." Back in the day, kayfabe was a sacred practice in wrestling. Throughout the history of the business, pretty much until Vince McMahon took things global and built what we see today, you would never see a professional wrestler deviate from the storyline he/she was involved in. It was a different time, the heels travelled with the heels and the babyfaces likewise. Wrestlers lived the gimmick, some more than others. The inner workings of the business were kept secret and us fans weren't given the access we are afforded today. If anything that contradicted the story line that was playing out on television and in the smoke filled arenas around the world was leaked out to the public, those responsible would have been held accountable. Many fans still thought that professional wrestling was a shoot, a young Stone Cold Steve Austin included. The Rattlesnake has told of how until he started to train to become a professional wrestler, he thought that the guys and gals in the ring were fighting for real. These old timers would have been left striking their TV sets with their walking sticks is they saw WWE supremo Triple H's antics on an episode of Raw last year. The Game sat at ringside for part of the show and started talking to a young fan. Unwittingly, something he said made the young boy cry. A shocked HHH and his wife Stephanie hugged the lad and took him backstage. He came back smiling with a whole host of WWE merchandise. Respect must go to the Levesques. This was all off camera so The Authority's status as heels will be safe with the majority of the WWE Universe. Here are other notorious examples where our favourite superstars broke kayfabe while on screen.
Content Producer
Ross Tweddell
Content Producer
Twitter

10 Wrestling Promos That Pissed Off Wrestlers

Report: AEW Was Expected To Cut THIS Wrestler Until Talent Spoke Up New

AOP's WES UK Show Has Been Cancelled (And It's An Absolute Mess...)