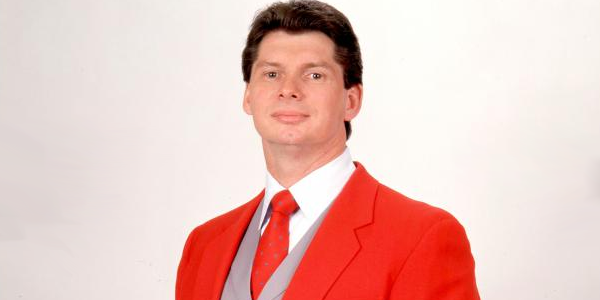 wwe.comBefore I begin this piece, let me first clarify that this is indeed designed to be a tribute to my former boss, Vincent Kennedy McMahon. Now, even if he catches wind of this, by being smartened up by some stooge in his office, and he views my insights in a different light, then that will simply just be his ego talking. You see, Vince McMahon was one of the most unique and eccentric human beings that Ive ever had the pleasure to both know and work with. The truth is, even though hes responsible for a roster of over a hundred characters, let the truth now be known, that HE perhaps is the greatest gimmick of them all! Everything Im about to share with you--sides of the boss that many have NEVER seen before--are the qualities and uniqueness that simply make VINCE . . . VINCE. And, to put it as honestly as I canI wouldnt want him any other way!

10. Vince Creates An Atmosphere Of Mistrust

YouTubeEven though it was done with non-malice, Vince just loved stirring the s**t up with those in his inner circle. He did it for years between me and Bruce Prichard, and especially me and JR. You know the game---say something to me, then say something to them, back to me, yada-yada-yada. Now, let me make this perfectly clear to you---even though there was no ill intent, and Vince was doing it for his own sense of entertainment, it did indeed drive wedges between all of us. No serious gaps, mind you, but enough to just give you a sense of mistrust. Vince was just great at playing that game. I dont know, maybe he just felt like a little competition would fuel our fires.
Contributor
Vince Russo

WWE Royal Rumble 2022: Predicting All 17 Wrestlers Not Yet Announced

Another WWE Wrestler Has Requested Their Release

Randy Orton's First Impression Of Shawn Michaels: "I Thought He Was A Pr*ck!"