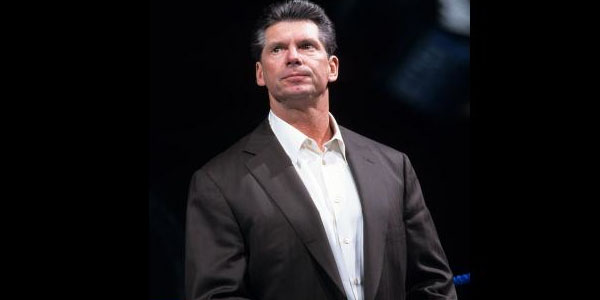 WWE.comThis is an absolute shoot. In the five years that I worked at the WWE, I always arrived at work before the bell, and left way after its final ding-dong. I took great pride in working for one of the greatest companies in the world, lets face itit was my childhood dream. However, regardless of my aggressive work ethic, no matter how early I arrived, or how late I left---Vinces car was there. This is no joke. If I got in at 7am---his car was already there. If I left at 10pm---his car was STILL there!!! In other words---the guy just never left the office!!! Im sure that many of those early hours and late nights he spent at Titan Tower could have been attributed to his obsession of pumping iron. Vince had a beautiful gym built in the lower level of the office and he spent many hours there. He was never home, he was always there, in the office or in the gym! Now, hand-in-hand with this possessiveness leads to another somewhat known fact. Vince has NO social life whatsoever. NONE. ZERO. NADA. I know when I worked for him from 94-99, he had very few real friends. Now, Im not talking about the boys, or Patterson, Im talking about REAL FRIENDS outside of the business. He just never hung with anybody to the extent of what I was an eyewitness to. It was always all work, and no play, even though to him---the work WAS HIS PLAY! I can even remember one time so vividly, where he actually told me that he brought Linda to see a movie. The movie was, Krippendorfs Tribe, staring Richard Dreyfuss. Ill never forget the name of that picture because I remember saying to myself, You never leave work, you probably never take out your wife, and when you finally do you go see KRIPPENDORFS FREAKIN TRIBE?!!! So heres where I have to point something outthis almost in-human obsession and commitment to his company, is what makes the WWE the juggernaut that it is today. NOBODY, and I mean NOBODY will ever come along and outwork the boss---NOBODY. And for that level of dedication---you have to just respect the guy.
Contributor
Vince Russo

Which Former WWE Star Almost Debuted In AEW This Month?

10 Times WWE Wrestlers Went Into Business For Themselves

Sting Injured, Will Miss AEW Double Or Nothing 2022 Fan Fest