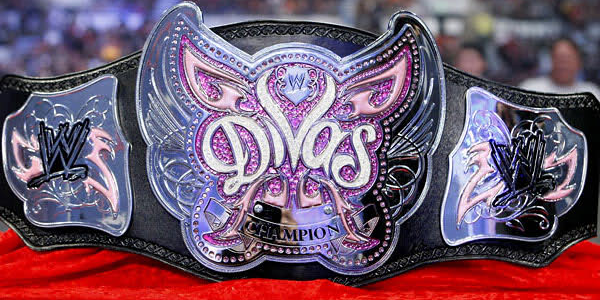 It's not often that you can say that the WWE have done well for the Divas; often they are overlooked, under appreciated and left to wrestle brief two minute matches that don't allow many of them to show their real talents. Over the past couple of years, big talents such as Beth Phoenix, Eve, Michelle McCool and Maryse have all left the company, partly citing the lack of opportunities offered to them as a reason for their departures. They have left behind a division that is rather bare-bones, but there are signs of potential thanks to the likes of Paige and Summer Rae making their way up through NXT, while the Bella Twins and the Funkadactyls being given opportunities to mix it up in the ring on regular occasions. Perhaps most importantly, though, the seeds have been sewn for a Kaitlyn-AJ feud. The "Chickbusters" are best friends in real life, having frequently teamed together as they rose up through the WWE. On TV though, there has been a simmering dislike between the two that has, at times, turned in to all-out fights. If the WWE play this one right, they could have a feud that could start to revitalise the Divas division - and there are plenty of examples of good feuds for them to try and follow in the footsteps of. Here's five of the very best.

http://www.youtube.com/watch?v=eyJgcSIrmOI One of the most underrated midcard feuds of the busy 1998 saw the bombshell Sable go up against the bizarre Luna, with the two having several big battles throughout the year. Animosity between the two started thanks to their respective partners; Sable's real-life husband, Marc Mero, began to team with Luna's "client" (of sorts), The Artist Formerly Known as Goldust. Unable to co-exist on the outside of the ring, Sable and Luna began to fight during matches, eventually leading to a mixed tag team match at Wrestlemania that the Mero's were victorious in. The feud did not end there though, as Luna challenged Sable to an Evening Gown match at the Unforgiven PPV, in which Luna was victorious after stripping Sable down. But as Sable began to be humiliated by Marc Mero, Luna's attitude would soften, inviting Sable in to the Human Oddities group and even fought Marc's new valet, Jacqueline, in Sable's honour. The alliance was short-lived though, as when Sable claimed the newly reinstated Women's Championship, Luna assaulted her partner and claimed that the title was what she "deserved". Sable defeated Luna at the Royal Rumble, thanks to the interference of Tori (playing an obsessed Sable fan). The match would prove to be the end of the feud, after Luna and Sable were involved in a backstage altercation; Luna openly harboured resentment at having to carry Sable in the feud, whilst Sable received numerous plaudits. It was a sour end to an otherwise wonderful feud, showing that the WWF had the ability to plan and construct a considerable feud for their female wrestlers - unfortunately, an art they would forget for several years. The feud also helped to improve Sable's in ring skills considerably, whilst cementing Luna's position as arguably the most underrated female competitor in the WWF's history.
Contributor
Chris Halpin
Contributor
Twitter

22 year old Journalist/Producer, with far too much to do and spends far too little of his time actually doing any of it. You can find me on Twitter (@KatsJonouchi) or on my YouTube (katsinthebox)