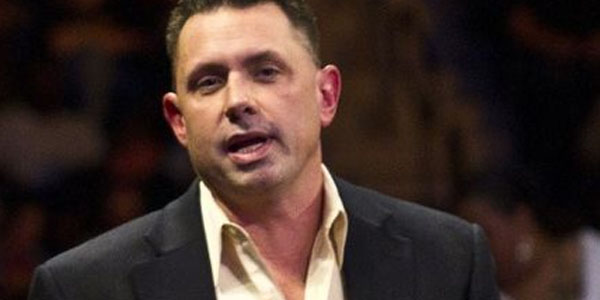 Michael Cole is not one of the most liked people in the WWE universe. The fact of the matter is, the WWE had the best announcer in pro wrestling history in Jim Ross. So many matches have been immortalised in part thanks to the great play-by-play commentary of JR. Every wrestling fan knows how much his call for the 1998 Hell in a Cell managed to make the fans sympathise for Foley in a way that could see him eventually become WWE champion in one of the most memorable moments of the Attitude Era. However, there is little doubt that Vince McMahon has not seen JR in the same light as many in the WWE universe. Whether it was just because of Vince's antipathy towards southern "rasslers", whether when Jim Ross decided to move to more of a part time schedule annoyed Vince enough to remove him from the commentary table entirely or whether McMahon wanted Cole to symbolise the move to a more kid-friendly demographic with less emphasis on actual wrestling jargon. Whatever the case, the standard of wrestling announcing has gone through the floor since JR left the building, with Cole not being able to differentiate between several different types of moves which can lead to all sorts of embarrassing results. One of the worst aspects of his commentary are the inane phrases that he continues to unearth in so many matches. While JR had a great range of commentary jargon to make every match seem unique, Cole's reliance on lines that have been rehashed before do nothing to emphasise the importance of the match at hand. So, without further ado, here's a look at the top 5 most irritating ones.
Contributor
Vectron44
Contributor
Twitter

Gamer, Pop Culture consumer and WWE watcher, Vectron44 has been described as a prophet of truth, a pain in the proverbial and everything in between. Approach with caution lest you get sucked into his world of geek.

10 WWE Returns That Were Completely Wasted

Why Dave Meltzer Is RIGHT About Kenny Omega

10 Current WWE Double-Acts That Must Never Split Up

Could There Be A Way To Give WWE's Retribution A Decent Burial?

10 Times Wrestling Promotions Came Back From The Dead