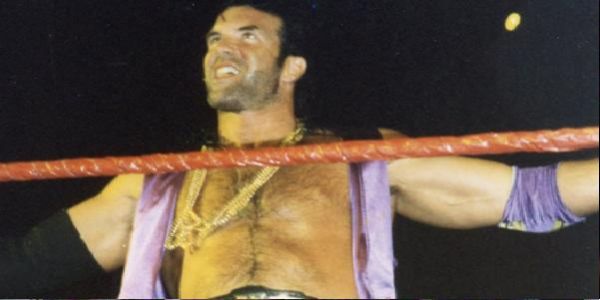 Scott Hall is one of wrestling's most polarizing and controversial figures. While he's beloved by many fans for his admirable contributions to the business of professional wrestling during his almost 30 year career, he's quite possibly more famous for his exploits outside the ring. The former Razor Ramon spent the majority of his life struggling with the proverbial "personal demons". The nature of his profession has put his public life under a microscope and fans have been privy to many of his struggles with drugs and alcohol. Hall himself, however, blames no one but himself and has accepted complete responsibility for his actions. The last 12 months have been an incredible journey for "The Bad Guy". Hall's close friend, former wrestler, shameless self-promoter and high-fiver and pioneer of DDP Yoga, "Diamond" Dallas Page welcomed him into his home to attempt to work the same miracles on Hall that he did with Jake Roberts. They conducted a fundraiser to collect $30,000 for a surgery that Hall desperately needed (and raised over $110,000) and now Hall is on the straight and narrow for the first time in a very long time. Add to that a renewed relationship with his children and a remarkable sense of self-awareness and the future looks very bright for Scott Hall. Recently there have been rumors swirling that Hall will be inducted into the WWE Hall of Fame this year. Although since an announcement is yet to be made it appears this may not be his year. And honestly, with so many big names already being inducted it makes more sense to hold off until he can headline a class on his own. So let's take a look at the career of a man whose given us countless hours of entertainment, who spearheaded the angle that would help propel sports entertainment to its highest peak, and, as of this writing at least, has become a shining example of clawing your way back up from rock bottom. In honor of the highs and lows of Hall's life and career, here are 5 awesome matches and 5 that...weren't awesome. At all.
Contributor
Brad Hamilton
Contributor
Twitter

10 Absurd Wrestling Gimmicks That Should Have BOMBED (But Didn't)