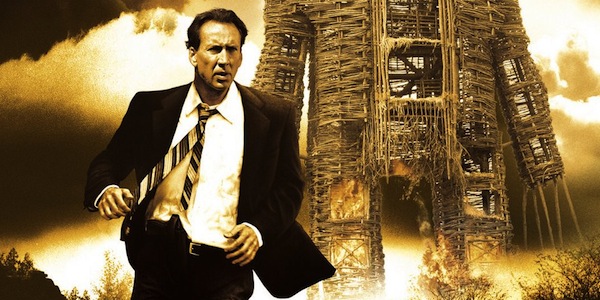 If there's a singular requirement to be associated with horror movies, it's that it should be scary. Most people who watch horror movies set out to do so in order to be frightened, after all. Although it seems somewhat strange to think that human beings pay actual money for the purposes of scaring themselves, it happens. We love the idea of being made to jump, or spooked by weird things, like midgets wielding razors, or people in bear suits sexually pleasuring men in haunted hotels (all right, that one might be a little too "out there"). Still, we've come to expect horror movies to scare us in the same way we might expect a comedy movie to make us laugh, right? But as is the case with unfunny comedy movies, occasionally a horror movie will come along that forgets that it has a job to do. I can understand how a comedy movie ends up not being funny at all, but I'm not totally sure as to how a horror movie can end up being so not scary that you genuinely forget that you're watching a horror movie. Which was totally the case with the 10 movies I've assembled here, all of which were billed and talked up as being terrifying exercises in horror cinema, only to fail on every convincible level. Not a single scary moment in sight. Tut tut.
Contributor
T.J. Barnard

9 Actors Who Helped Movies In Ways You Won't Believe

16 Delayed 2021 Movies That Were Actually Worth Waiting For